Flying with an Elinchrom Ranger 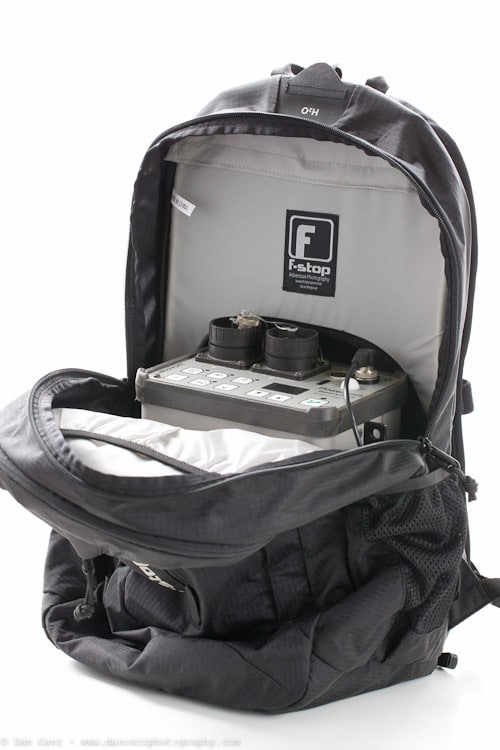 This morning I was woken up at 4am by someone hammering on my front door. I was ecstatic. Why?

Because the guy who was banging 7 shades out of my door, was also carrying my pelican case full of flash equipment that I had last seen at Queenstown airport in New Zealand 4 days ago. If you own and travel with an Elinchrom Ranger (or similar batery powered flash) then you would be advised to read on.

Let’s face it, if you put a Ranger through an x-ray scanner at an airport , it’s going to trigger some alarms. And so it should, a metal box full of wires wrapped around something resembling a car battery. I’d be worried if airport security didnt want to have a closer look at it. When flying though most countries, baggage security agents will open up your case, have a quick look at it, swab it for bomb making substances and then send it on its way. In case you are unfortunate enough to have an agent who has not seen a flash battery system before, its always advisable to include a copy of the manual for the Ranger clearly visible in the case.

You can download a copy of the manual from this link : HERE

Sometimes security agents get especially freaked out by the words “lead acid battery” written on the side of the battery case. It is in fact a Sealed Lead Acid Battery that does meet all the necessary requirements for air travel but I have had the batteries confiscated in the past at Auckland airport because the security personnel were not willing to listen to me. In that situation I returned home with everything apart from the battery and then contacted Elinchrom for a suggestion. They pointed me to a separate letter from a Panasonic engineer that specifically stated the specs for the actual battery inside the battery box.

I provided the agents at Auckland airport with this letter and they returned my battery. Keep a copy of this letter along with the Ranger manual inside your case.

So far I have flown to many different places with my Ranger and these 2 printed items have done the trick. But a few days ago I experienced more trouble traveling through Auckland airport. My bag was checked through to Vancouver via Auckland when I left Queenstown. My flight to Auckland was delayed and there was only a matter of minutes between landing there, and taking off again on my way to Vancouver. I was already on the plane which was about to pull away from the gate when an Air New Zealand representative came running down the aisle looking for me. I was dragged off the plane (in front of 300 pairs of glaring eyes) and was told that my bag had caused a level 4 security alert. No problem I told them, i know why and you can find the IATA specification for the offending item inside the case.

Now hear lies the problem because as it turns out, the passenger HAS to be present in New Zealand for the case to be opened. They could not read the info I had provided because they were not allowed to open the case unless I was there. At this point the plane was late and costing them a fortune in ground fees. My case was somewhere on the other side of the airport in a secure room. If they left it there, it could not be opened if I left, but if i went to open it the full 747 of people would be even later. And it was already 10 minutes late having waited for me to arrive on my connection from Queenstown.

Now in the end I talked them through exactly what it was in the case and sent the keys to the lock off with an Air NZ rep who went and opened it herself after many phone calls and frantic radio conversations. How could this have been avoided? Apparently if I had also carried a copy of the specifications with me in my hand-luggage and ALSO given a copy to the check-in agent ( who would have attached a note to the outside of the case) then this could have been avoided. They ended up sending me on the flight without my case, which finally arrived, as i mentioned last night.

I had always assumed that my case would opened by security and that the specs in the case would solve all problems. I dont know how many countries have similar regulations to New Zealand but in the future I will be travelling with a huge stack of these letters linked above and I suggest you do the same. Sitting on the other side of the world wandering if your precious cargo will ever safely make it back to you is not a nice feeling…..