A note on remote camera shooting.

Ever looked at something and wished you could shoot 2 different angles? Any working photog these days is going to own more than one camera. If one of your cameras fails, you need to be able to finnish the job you are being paid for. But other than having the camera just as a backup, you can put that camera to good use too. Remote cameras are nothing new in sports photography. Take a look around any major sporting event and you will often see hundreds of remote cameras. Photographers for some large agencies will capture anything up to 10 different anlges with the push of one button. This type of setup is not something you see in action sports photography very often but it does happen and it can be very useful.

In a lot of circumstances it is just not practical for me to shoot with more than one camera, the weight of the extra equipment simply outweighs the benefits. But if I am shooting a park shoot or a snowmobile accessed backcountry jump then I will put my extra camera to use.

The remote camera is fired using the same pocketwizards that I use for my lighting gear, in fact the only extra piece of equipment you need is a motor cable to attach the pocketwizard to the 10-pin socket on the side of the camera. These cables have an in-line switch which you can flick to put the camera in a permanently “awake” mode. Mimicking the action of depressing the shutter button half way, it helps to make sure the camera fires the instant it receives a signal from the transmitting pocketwizard.

It all sounds remarkably simple but there are a few things I have learnt. Firstly, differing frames per second can cause a problem. My backup body is a 5dMKII which shoots considerably less frames per second than my 1DMKIIN (8 vs about 3 i think). I found that when holding the shutter button on the 1DMKII to fire a burst, the remote camera would not fire consistently at its fastest rate, it would stutter a bit. I solved this by using a pocketwizzard Multimax as the receiver on the 5d. ON the multimax you can adjust what is called “contact time” If you set the contact time for 2 seconds, one press on the transmitter and the receiver acts as if the test button is being held down for 2 seconds. By setting it up like this, the receiver was only really hearing the first initial signal from my transmitter as I begin a burst on the 1dMKIIN but it keeps the 5d firing continuously for 2 seconds at its maximum FPS.

The other problem with all of this is something a bit harder to solve. Pocketwizards are not quite all they are made out to be in many situations. I think the official maximum distance for their operation is something like 1500 feet, but that is under optimal conditions. As far as I can tell, these optimal conditions only exist in the lab of the company that makes these things, and certainly not at 8000ft in the coastal mountains of BC…..  The operation of these things is something of a mystery but they do appear to be effected by temperature, weather, altitude….you name it really. There are things you can do to help, keeping line of site with the receiver is one of them and keeping the receiver as high above the ground as you can. But when it comes down to it, sometime they just wont work when you need them to. Never rely on a remote camera , but when the planets align and they do work you might just get yourself a great shot that you weren’t expecting. It’s a very satisfying feeling to scroll through the shots from you remote at the end of a shoot and see a shot that makes all the frustrations worthwhile.

This is an example of a setup i did on a backcountry jump earlier in the year. As you can see if you click on the photos, you can get two very very different looking angles with the push of one button. 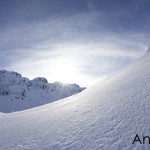 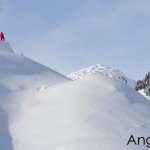 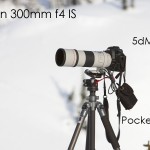