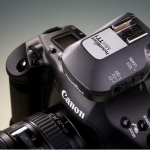 UPDATE: Read my review of the TT1 transmitter HERE.

Today the makers of Pocketwizards announced two new models to add to their lineup. I’m not going to go into details about what the current PWs do, if you don’t know then this isn’t going to be of interest to you at all….

First the good news, the new TT1 and TT5 are backwards compatible with the old models so there is no need to go out and replace the whole lot! The big new feature is that with a TT1 or TT5 on your camera and a TT5 on your canon speedlight – you can do wireless remote ETTL. Great for some people but whilst I do own a Canon speedlight , it hasn’t been out of its bag in 2 years so this feature would not make me buy the new models. So what is there in here that might be useful to a action sports photographer like me? I always use all of my remote strobes in manual mode so the ETTL capabilities are useless. But hidden away in all of the technical jargon and PR speak in the press releases is something VERY interesting and it’s called Hypersync…… 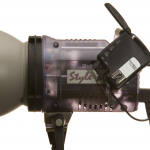 It sounds like wizardry to me but the long and the short of it is that the TT1 (or TT5) on the camera can be programmed to fire your flash a few microseconds BEFORE your old pocketwizards could. They do this because they know when you are about to fire the flash and you can program it to jump the gun slightly. The exact amount of time can be programmed by hooking it up to your computer so that you can experiment with finding the best timing for your strobes. What this does for you is allow you to typically find a setting that will allow you to shoot with a higher sync speed than you normally would be able to. 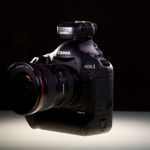 Shooting action with strobes is a constant battle with ambient light (unless it’s dark). You have to under power the ambient enough that you wont have any ghosting in your action image but this can be a struggle in full sunlight, especially if you are shooting with fairly low powered strobes. Using the new Hypersync technology will enable you to shoot in brighter light with your strobes! For owners of the 5dMKII like myself, this could be a huge benefit , with its lowly 1/200 sync speed its mostly useless in bright light unless you can get your strobes right next to your subject. On the other hand, this will also enable me to sync at 1/500 with my MKIIN which would be a huge improvement! Becauause all of this wizardry is done in the transmitting unit, you only need to buy one of either the TT1 or TT5 to take advantage of Hypersync with your old PW system. There are also 2 custom programmable settings in the transmitter so that you can store two Hypersync offset values for say 2 different cameras or 2 different strobe setups. It sounds to me like this Hypersync offset is something that will take some experimentation to get right, every camera and strobe will need a different timing offset but once perfected, this will make a huge difference to the versatility of strobe work. Initially they are only available for Canon cameras (fine by me) but Nikons are soon to follow and I will be doing an in-depth test of how the Hypersync works as soon as they hit the shelves so stay tuned!