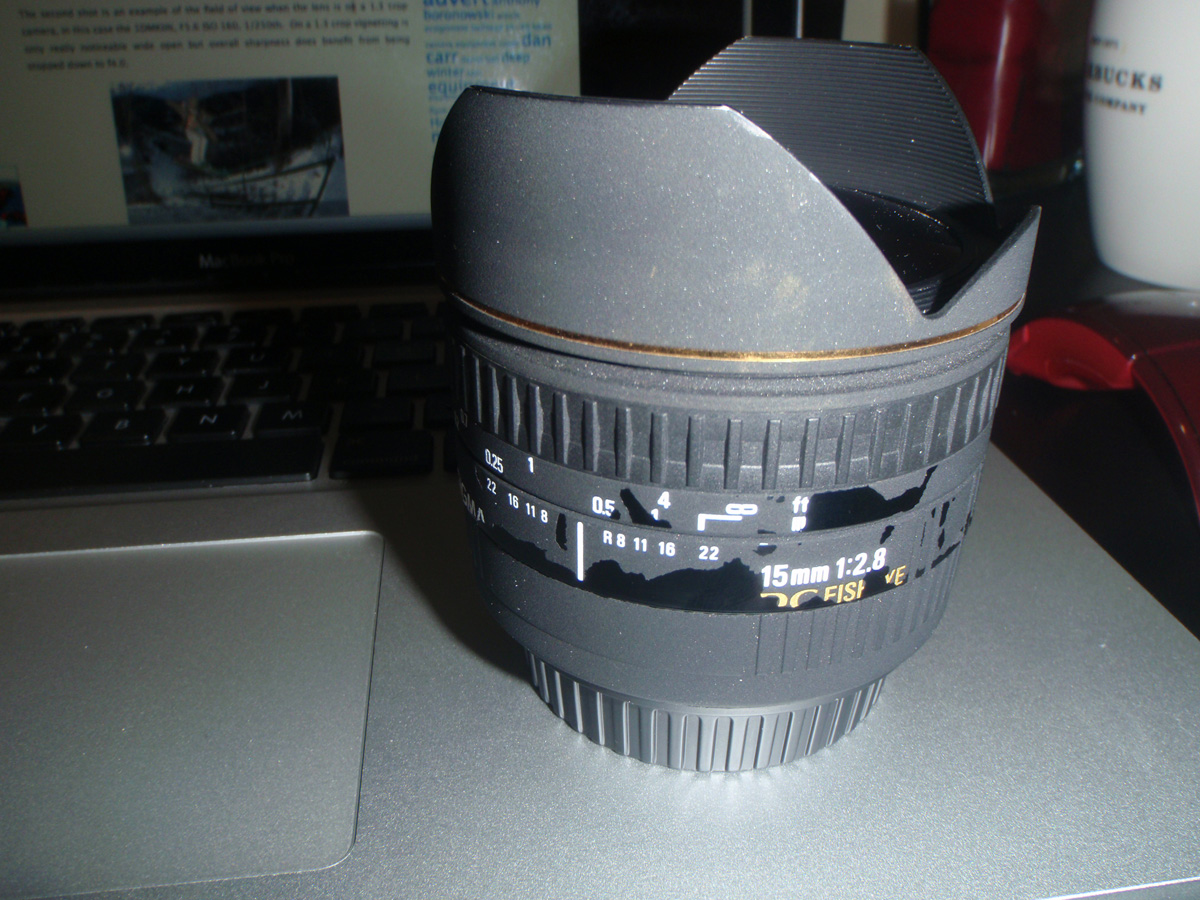 About 3 years ago when I decided to start taking my shooting seriously, I also decided that I was going to need a fisheye lens. What action sports photographer doesnt have a fisheye right? Being a Canon shooter gave me two options, the Canon 15mm Fisheye or the Sigma 15mm Fisheye. At the time I remember reading something posted on the website Wheels And Wax.com saying that the two were nearly identical in image quality. I had just bought a 70-200 2.8L IS so I though i’d save the money and buy my one and only non-canon lens with the intention of upgrading it somewhere along the line. 3 years on and i’m still using the Sigma and i’m continually impressed by the quality of the images I can make with it. Even when shooting with my 5DMKII, the full frame 22 megapixel sensor doesn’t faze it.

Last week I was away on an assignment in Revelstoke, BC. Half way through one of the days I used the Sigma but stupidly put it in my pocket as I switched to my other wide angle. I forgot that I had done this and after getting the shot I skied down to the skier I was shooting. At this point I was skiing with 3 backpacks through a foot of fresh snow and the weight of it all got the better of me and I fell over. The Sigma fell from my pocket……… and worse still, i didnt realise until I got back to the hotel at the end of the day. Needless to say I was pretty bummed, I figured I’d never see the little guy again and If I did, the negative temperatures and snow would probably have ended him. But the next morning I went up for a look around anyway, I figured I knew where it would have fallen out of my pocket and by a stroke of luck it was right there, just beneath a layer of snow but still visible as a dark patch in the white surroundings. I quickly brushed it of, resisting the temptation to warm it up straight away for fear of causing huge amounts of condensation on the inside. I immediately put it on my camera though and fired it up, though the focus motor was slow to get up to speed , incredibly it was as good as new!

Below are some examples, the first was shot last week in Revelstoke. Shot with the Canon 5DMKII ISO400, 1/1000, f9.0. Obviously there is going to be some vignetting when the lens is used at wider apertures but I think it is very well controlled and almost unnoticeable on a full frame at f4.5. Because the scene was so white in this example I used the 5DMKIIs incredible higher ISO quality to give me a smaller aperture just to be perfectly sure that the sky and snow would not be darkened in the shot at all. 100% crops are also provided.

The second shot is an example of the field of view when the lens is on a 1.3 crop camera, in this case the 1DMKIIN, F5.6 ISO 160, 1/250th. On a 1.3 crop vignetting is only really noticeable wide open but overall sharpness does benefit from being stopped down to f4.0. 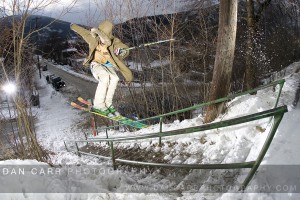 Interestingly, over the last few years the gap in price between the Sigma and the Canon fisheyes has narrowed. I did a little research and typically the Canon is only $100 more than the Sigma version now. When I bought mine, the difference was more than a couple of hundred dollars. Now I dont have a Canon fisheye to compare to, from what i’ve read they are very similar in quality but this isn’t designed to compare the two. When i thought that I had lost this lens last week I found myself feeling more disappointed than I imagined I would. It was only really then that I realized how much I love this lens and how many great shots it has given me over the years.