Behind the Shot: Urban Storm Skiing 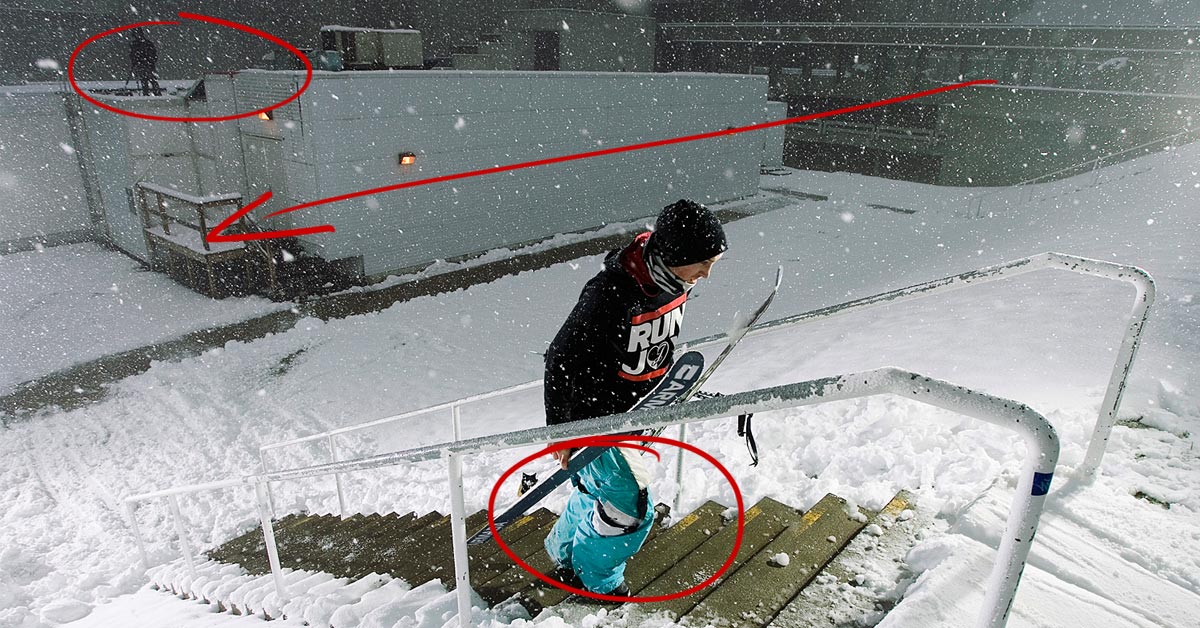 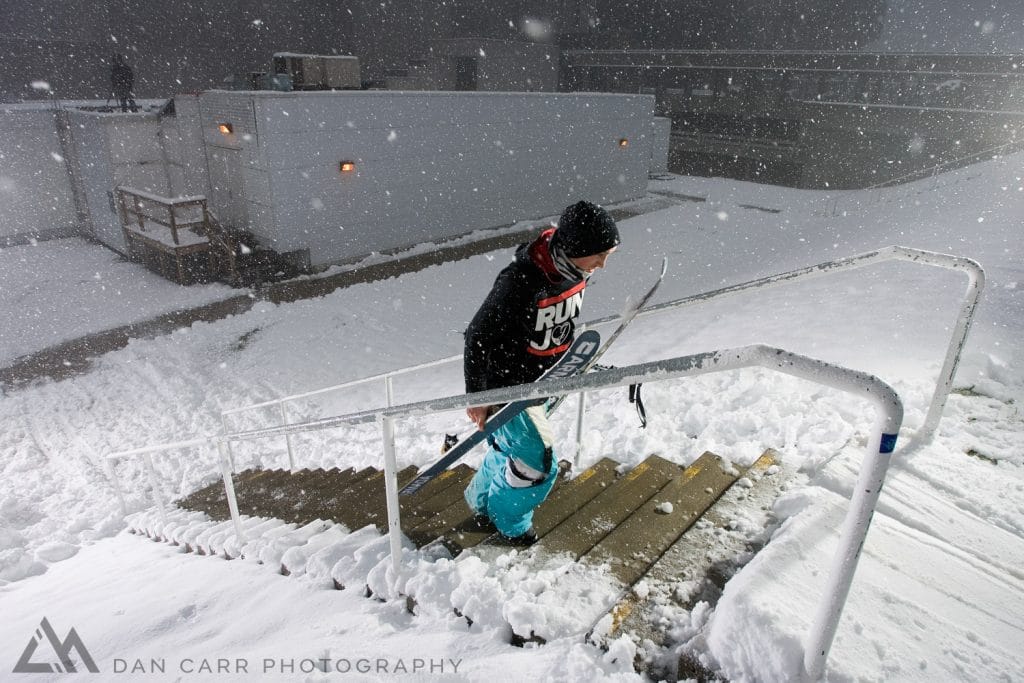 It’s not always about the action shots on an action sports shoot, this shot is one of my favourites from a day shooting urban skiing in Vancouver with Anthony Boronowski last year.  There’s so many little thing in this shot that I love. His expression says a lot but also the severe snow storm that was blowing at the time gives a nicely different look to the image.  The university buildings emerging from the gloom in the background look ominous and you can even see filmmaker Jeff Thomas standing on the roof of the building with his camera ready.  This one shot sums up a whole day; cold, wet, windy and damn hard work. Making the kind of ski movies you find on iTunes isn’t easy.

The shot was taken with a Canon 1dMKIIN at 1/250, f/6.1 and 17mm with a 17-40 f4.0L. Lighting comes from 4 different sources.  At the bottom of the stairs just out of the left side of the frame is an Elinchrom Ranger on full power on top of an 8ft light stand with a sports reflector on it. At the top of the stairs just out of the frame past the right hand railing is 2 Vivitar 285s both on half power and running off one Pocketwizard.  At my feet is another Vivitar 285 on half power and on camera is also a Canon 580EX angled about 45 degrees to the left. The transmitting Pocketwizard is attached via a PC cord in this case as the hot shoe is taken up by the canon flash.

Why Does It Work? 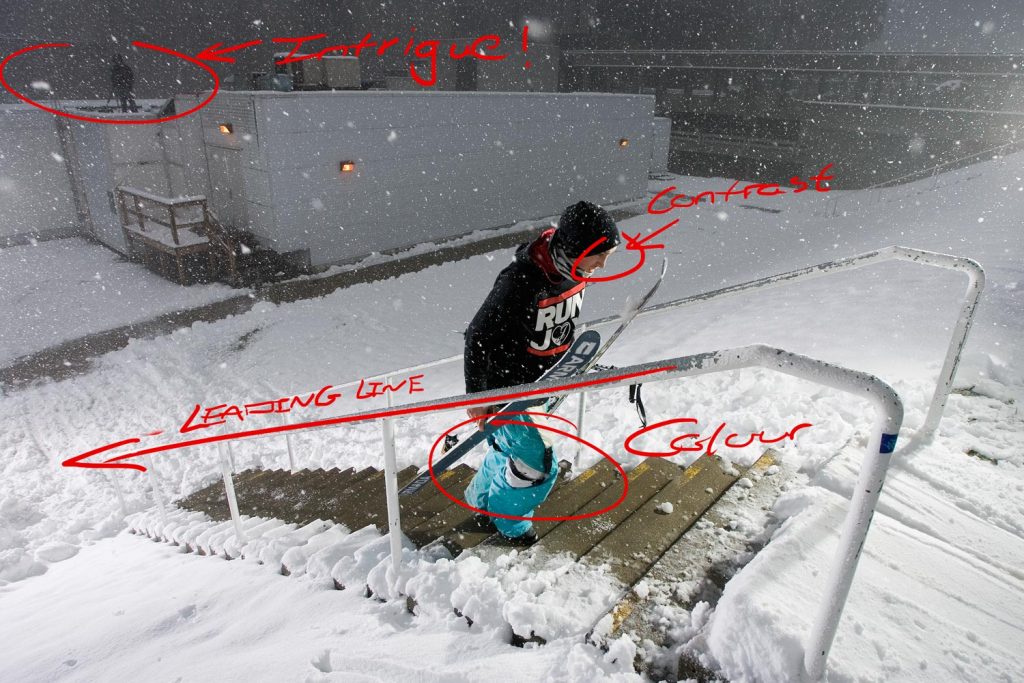 In the first paragraph I talked about why I liked the photo from an emotional standpoint, but there’s a few other compositional things that are important to take note of.  The first is the blue colour of Anthony’s pants as this provides colour contrast which instantly captures the viewers gaze. Most professional action sports athletes already know the drill when it comes to clothing colour, and Anthony is no exception. Bring something bright!

The second thing to take note of is the contrast between the dark foreboding background, and the bright foreground. Had I not used flashes to brighten things up in the front of the frame, the whole image would have looked more muted and lack that overall contrast. Most people tend to think of the choice to use flash as a choice to simply make something brighter, but I often use it to add contrast to a scene as well.

The third major point is the nice leading line provided by the railing on the stairs.  We gravitate naturally to Anthony in the photo because he’s strongly lit and the bright pants do their job, but the railing then leads us through the rest of the image and invites some exploration of the background which then reveals the ghostly figure on the rooftop to complete the story of this scene.

The story is important here. You can never assume that your images are going to be shown as a collection that will help you piece together the story with a number of frames.  You must, unless your’e told otherwise, try to capture the entire story in a single frame.