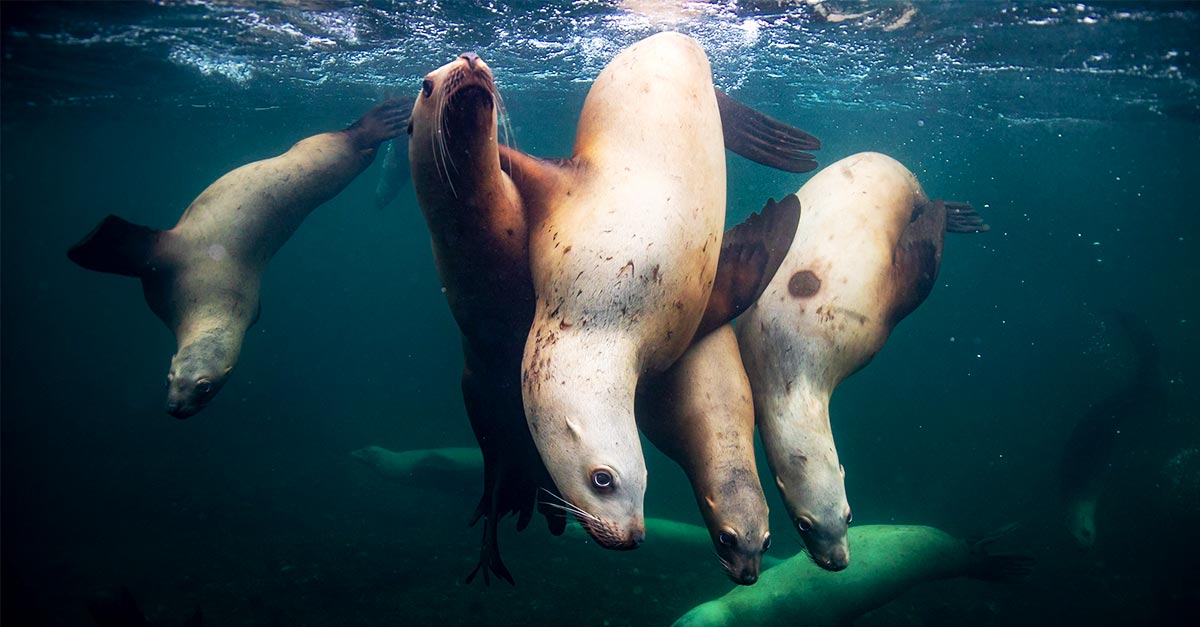 I’m just packing for a trip to Hornby Island off the coast of Vancouver Island where I will once again be spending some time in the water with the local Stellar sea lion population (and a few California sea lions).

This will be my first trip with my new Sony A9 II, and I’ll be combining it with the 24mm f/1.4 GM lens in an Aquatech underwater housing. Last year on a similar trip I primarily shot with a 16-35mm lens, but this year I’m opting for the 24mm f/1.4 for that wider aperture. It can be very dark in the ocean, and the need to keep a high shutter speed often resorted in very high ISOs last year. I hope to keep ISO down under ISO3200 this year for a clean image, while still being able to get at least 1/1000/ shutter speeds. The sea lions are incredibly active, unpredictable and fast despite their enormous size and weight.

One of the great things about Aquatech water housings is that you can adapt them to new cameras just by ordering the correct parts and adapters. There is no need to buy an entirely new housing if you switch cameras. it still cost me several hundred dollars to get my new Sony A9 II set up in my Elite housing, but it’s better than forking out thousands for an entirely new setup!

Other things of note on the packing list include a pile of new gear from the Colorado Tripod Company, including 4 different ball heads and a 2-series carbon tripod. This is a relatively new company on the scene, but it was started by the folks from the Breakthrough Photography filter company so they aren’t without industry experience. Some of the gear that I have is pre-production gear and I’m testing it to provide feedback. So far I’m mightily impressed with what I’m seeing, and when I talk about this stuff a bit more in the future, the low price point for this high-quality gear will blow your minds. One of the ball heads is already available via Amazon, see the price below:

The price is bonkers. This little ball head outperforms heads that are ten times the price!

Anyway, more on the Colorado Tripod Company in the near future… you’re going to want to pay attention to that when it comes.

Other than that, it’s a fairly simple camera setup that’s coming with me because the purpose of the trip is so specific. I’m expecting to have a significantly better experience with autofocus underwater this year than I did last year with my Canon 5D Mark IV. One of the contributing factors to my Sony switch was seeing fellow photographers working with Sony cameras last year on a similar trip, and seeing how many more in-focus shots they were getting with their setups compared to mine. In low light with fast and erratically moving subjects, this is an incredibly tough test for autofocus systems.

Camera Bag – Prototype bag that I can’t talk about