This Photo Is so Simple 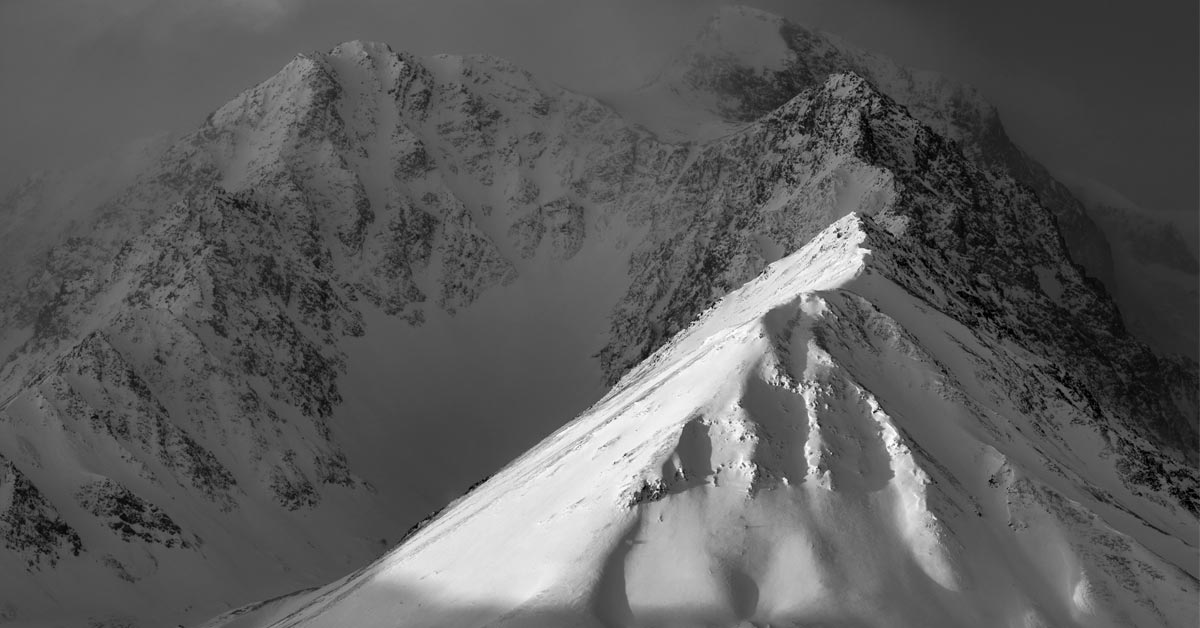 Last week I spent a couple of days in Kluane National Park. It wasn’t specifically a photographic trip and much of the time was spent hanging out with friends, but I did duck out a few times to grab some photos when the opportunity arose.

One such opportunity arose when the sun did the same thing. The lovely little Airbnb place we rented for the weekend had a stunning panoramic mountain views from the window. On the first morning I was a little lazy and shot the view at sunrise from the deck of the house. The photos are ok, but there were some compositional limitations with trees getting in my view.

On the second morning I decided to sneak away for a few minutes and put just a little more effort into getting a shot. I bundled up in my warm gear – temperature was about -25c – and threw a tripod and camera onto the back seat of my car. All I really needed to do was drive half a mile to the edge of the town (in England we would call that place a village!) to get the other side of the trees that hampered my weak efforts the day before.

Once I got to an open area with a clear view I was initially disappointed to see that a layer of cloud was muting the sun’s first rays and rendering the scene fairly flat and boring. It was still a beautiful vista to behold, but beautiful things don’t always make beautiful photos if the light isn’t on your side. Sad but true, and it’s a lesson worth learning quickly.

I decided to set up my tripod (RRS TFC-24L Mk2) and wait for ten minutes before packing it in and heading back to the breakfast I knew was being cooked in the cabin by my friends. Besides, I also had a box full of winter photography gloves in the trunk of the car that I was testing for some upcoming reviews, and the cold conditions that morning were useful for testing their dexterity whilst fiddling with a tripod.

After a few minutes a crack in the clouds opened up and cast a tiny ray of sunshine on one of the peaks across the valley. This was my chance to not come back empty handed that morning!

I quickly switched from my 24-70 to my trusty Canon 100-400 f/4-5.6 L IS II. I never go anywhere without that thing! In a situation like this, the long focal length allows you to easily isolate interesting pockets of light and contrast. Frankly it can sometimes work miracles in this way because this same scene through a 24-70mm was really nothing special. But within big views, there are often pockets of awesome to discover. You just need to learn to “see” with a long focal length, and of course carry one with you. Zooming into a scene like this, and essentially cutting out all the crap (light), is an incredibly powerful technique.

What do you think? Do you carry a long lens with you, and understand when it’s time to use it?