Behind the Shot: Dawn in Kluane National Park 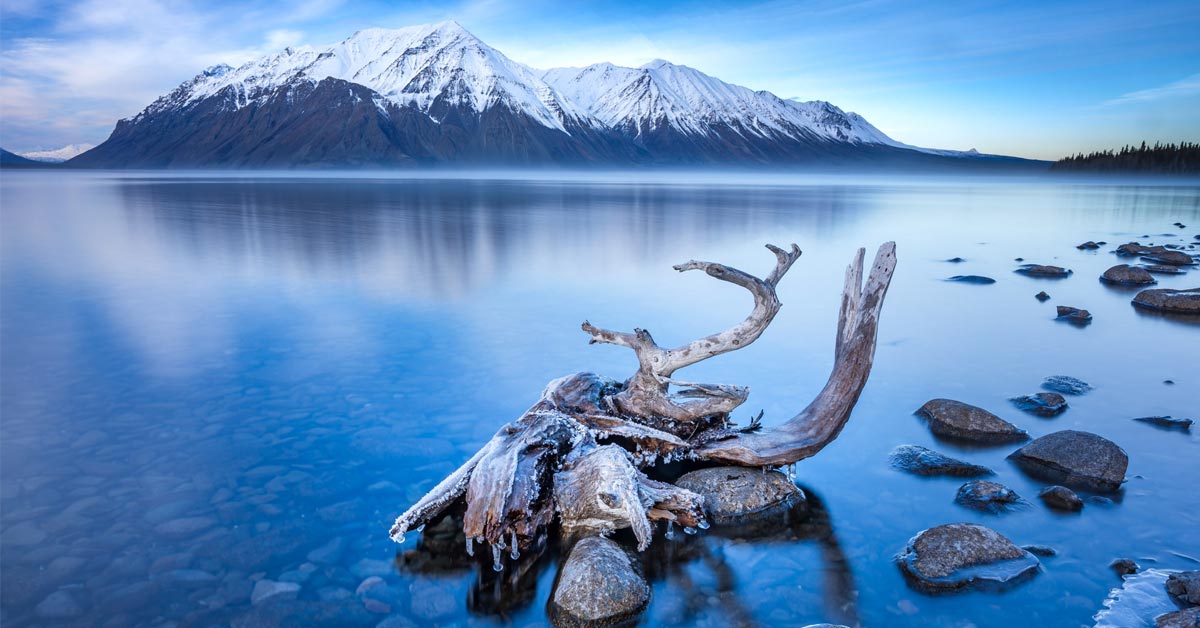 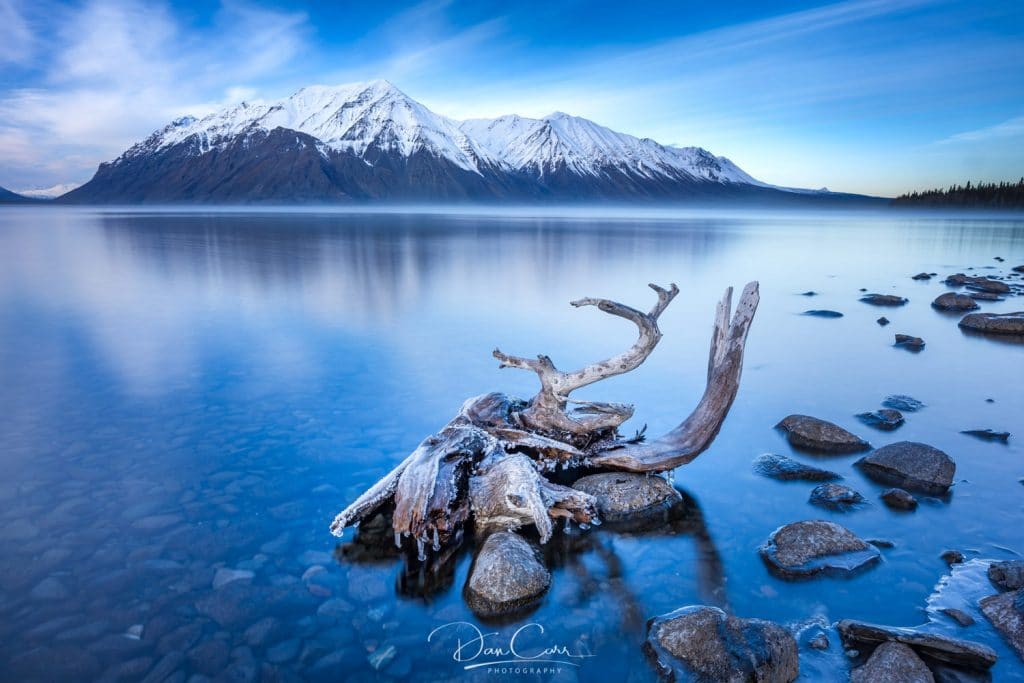 Kluane National Park is undoubtedly one of the gems of the Yukon, and on this cold winter morning we were treated to some beautiful calm weather and clear views across Kathleen Lake. After spending a little time photographing some of the hoar frost covered trees that surround the lake, I walked around the corner and was greeted with this wonderfully expansive view.

Gear Used for This Shot

With the mountains as a strong background element I knew right away that I would need something in the foreground to balance the composition. Without a foreground element, the vastness of the open water would leave the bottom half of the image far too uninteresting and the depth effect from stacking compositional elements would be lost.

After a short walk down the edge of the lake I found this cool looking log sitting amongst the shoreline ice and I knew it would be prefect!

Next I grabbed a Breakthrough Photography 6-Stop Dark CPL from my bag. This filter is a 6-stop ND filter combined with a circular polarizer, and it’s very useful with wide-angle lenses. You could stack a polarizer and a neutral density filter to get the same effect, but when you stack filters on a wide-angle lens it can often cause vignetting in the corners of the frame when the filters start to become visible through the lens. With this useful Dark CPL, you just have one single, relatively thin filter. I was shooting at 24mm for this shot so vignetting might not have been a problem, but this is what I had in my bag just in case I ended up shooting with something wider.

The 6-stops of neutral density allowed me to get a nice long exposure time to smooth out the distracting ripples in the lake, and the polarization function allowed me to make some adjustment to how translucent the water appeared around the log, by cutting out some of the reflections from the sky on the water’s surface.

At that point it was simply a case of getting down nice and low on the ground with my sturdy RRS TVC-24L tripod and moving the camera around until I felt there was a nice balance. In particular, I shifted the camera height up and down until the log was entirely backed by the water, and didn’t overlap the distant shoreline. I felt this simplified the composition and helped to make the log stand out even more. I’m not a big fan of having horizons crash into your main subject!

By the way, when I mentioned it was cold, I mean really cold! Like -17 Celsius kind of cold (0 degrees Fahrenheit). I was using the big BH-55 ballhead on the tripod that day and I really loved it because it never gets sticky in extreme cold, and it also has really huge knobs on it that you can work easily with a huge pair of gloves on. It’s such a great ballhead for cold environments!

As is pretty usual with my post production there’s nothing crazy going on here – it’s all in the subtle details. I used Lightroom CC with some localized adjustment over the log to make it a little brighter there, and add some more contrast with the clarity function and the black and while levels. Then I added another local adjustment on the mountains in the background to make them a little bit darker so that they didn’t immediately distract people’s attention from the log.

Ultimately my goal was to have people look at the log, and then eventually continue on backwards in to the scene to take in the lake and the mountains. I always find it helpful to map out this kind of order in my mind when I’m editing, and remember that post production is ultimately about taking charge of people’s vision and pointing them at what you want them to see!

The final thing I did was to adjust the white balance of the image to make things a little cooler. I wanted people to feel some of the cold that we felt that morning, and adjusting white balance is a simple and effective way to do that.