Behind the Shot: Coyote Closeup 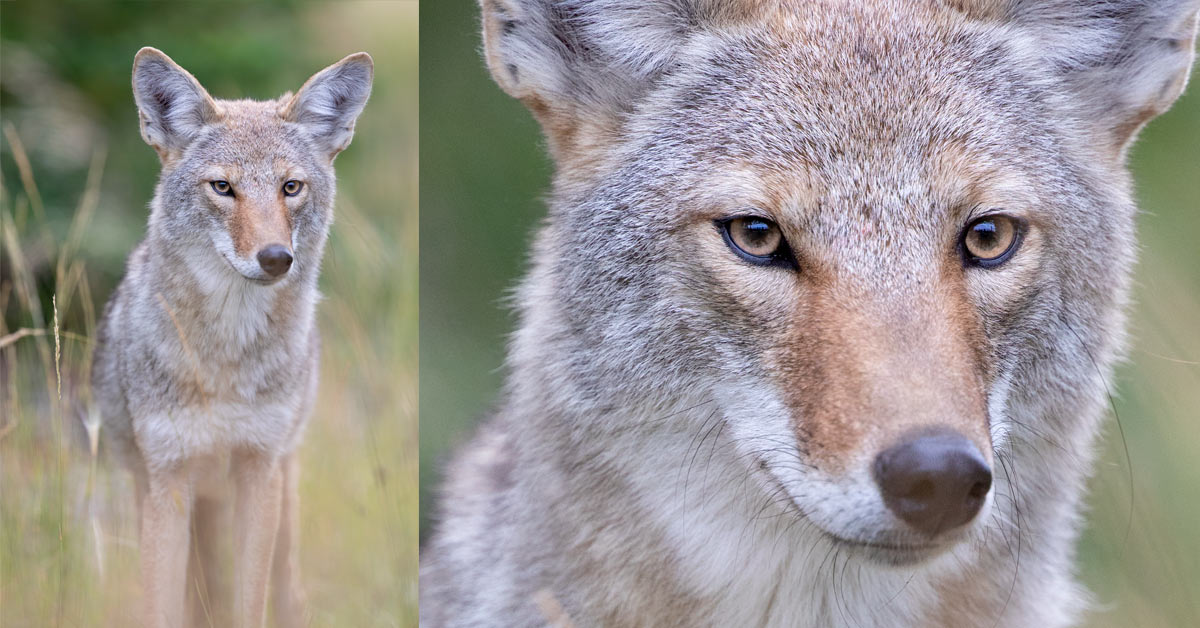 How do you find wildlife to photograph? That’s a good question, and one that is often asked. Everyone has their secret spots, but sometimes you just have to put the miles in. You’ve just got to get in the car and drive!

That was the situation when I was in the Yukon recently and I didn’t really know the area that well. I didn’t have any secret spots, and in a place as vast as the Canadian North, where on earth do you even begin?

One day I decided to take a drive to get a better feel for the area I was in. When you have a lot of infrequently used roads it’s often the case that wildlife can be seen along the roadsides because they find them just as useful for traveling as we do.

Eventually I saw this coyote hunting in the long grass and I pulled over quite some distance away to watch it with my binoculars. At this point, the main thing I wanted to determine was which way it was travelling. After a few minutes hunting in one spot, it picked up some pace and started moving down the road in the direction I was already traveling so I started the car and kept on going in that direction as well. 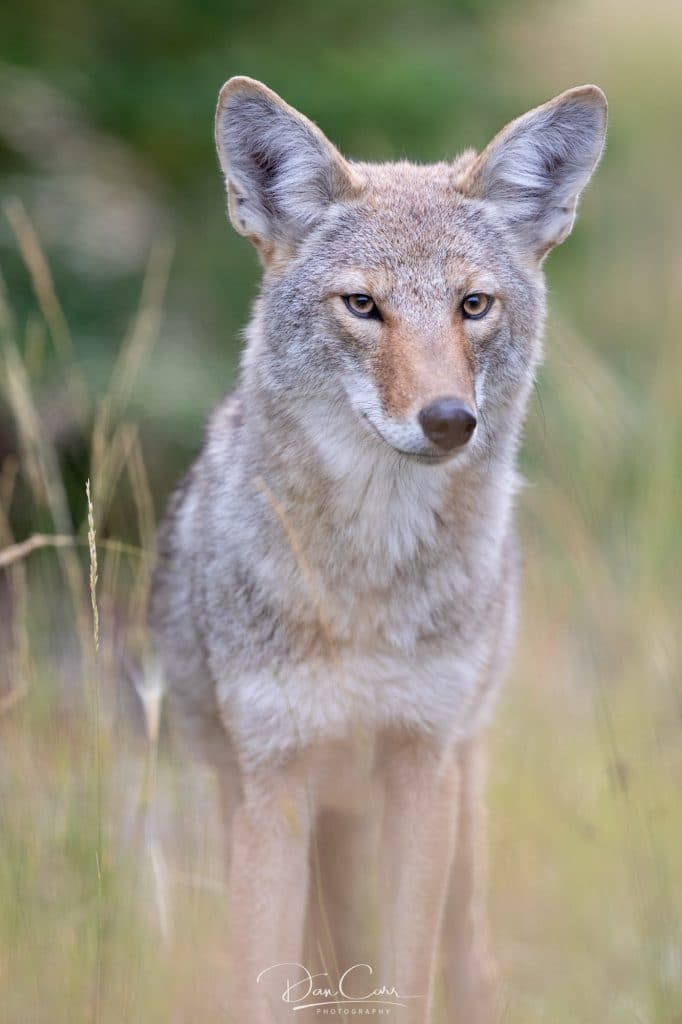 Equipment used for this shot

Once I got closer, I slowed to a crawl, but I did not stop. My goal was actually to get past it and set up further down the road to let it come to me. If you come to a screeching halt right next to an animal you’ll often scare them off or drastically alter their behaviour. I usually have much better luck with the more patient approach.

I drove on a few hundred metres and pulled my car safely off the road, and then I sat down in the long grass to wait. I didn’t think it would be possible to hide myself so I didn’t bother, but sitting down made me look smaller, and would also bring me close to the coyote’s eye level.

Over the course of the next ten minutes or so, I watched it hunt (unsuccessfully) in the long grass, slowly getting closer to me until I was spotted. It was curious about me, but I managed not to appear like a predator and it came in incredibly close for some beautiful portraits. I’m not sure I have ever seen such a beautiful, healthy looking coyote before! Absolutely stunning.

This image was taken with a Canon 400mm f/4 DO IS II on the Canon 5D Mark IV. Once again, this lens proved to be perfect for the job and it continues to blow me away with its versatility and sharpness. Since it is so small and light, I could easily hand-hold this setup and sit on the ground in the grass. Had I been using a big 600mm lens, it might have required a tripod and a gimbal which is hard to make small adjustments with.

With the small 400mm DO II, I was able to move my position slightly up, down, left and right until I had the perfect foreground blur from the long grass, leaving just the head of the coyote crisp and sharp. This contrast between the razor sharp focus on its face, and the soft foreground grass really creates a lovely depth to the image that helps you focus right in on the coyote’s eyes.

I know that sometimes in these BTS posts I’ll talk a little about the post processing procedure in an image, but there’s almost nothing done to this at all past setting the black and white levels. The soft even lighting from the overcast weather was as perfect as you could ask for!

It’s always such a thrill when a beautiful creature accepts your presence in this way. I was able to photograph it for a couple of minutes while it was incredibly close to me. I’ll leave you with one more image 🙂 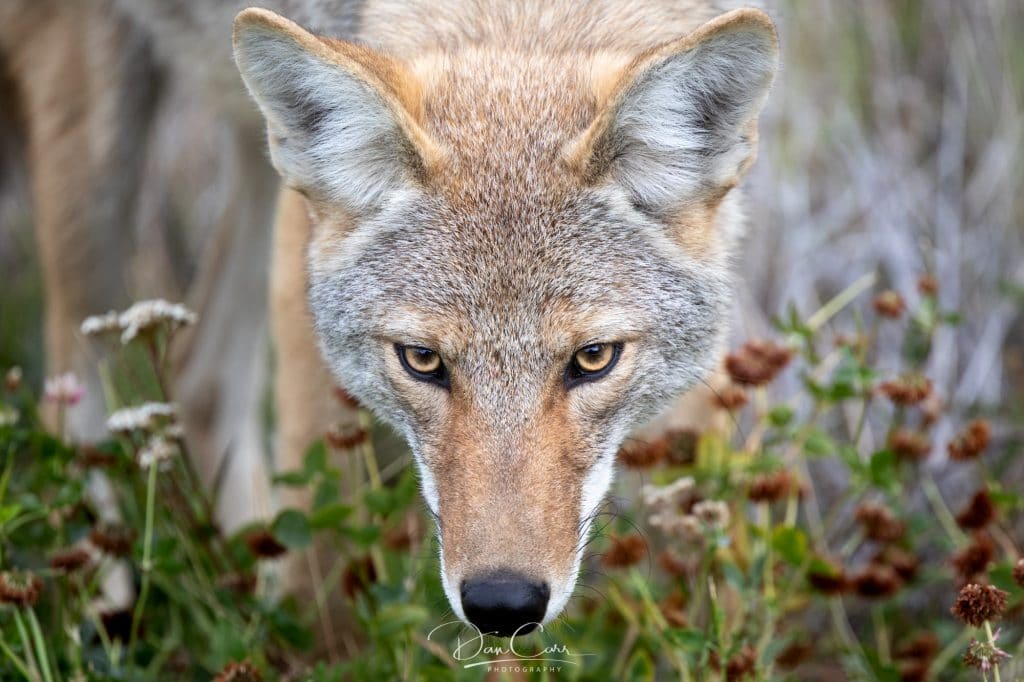