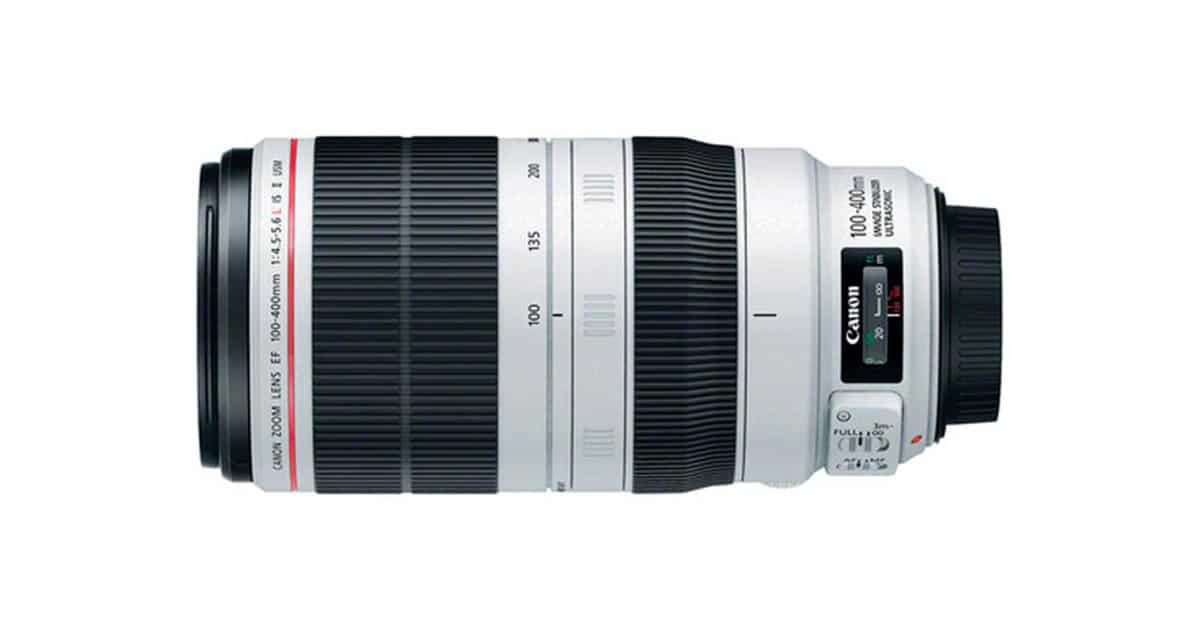 It’s rare that I go anywhere without the Canon 100-400 f/4.5-5.6 L IS II in my bag. It’s a versatile and extremely sharp lens that’s just as capable at capturing detailed landscapes as it is with wildlife. One of the reasons I love it is that it fits such a large zoom range into a relatively small package, although at 5.1lbs you’ll definitely notice it in your bag after a long day.

I don’t expect anyone to memorize these and put them into action in the field, but I don’t know why Canon doesn’t make some sort of mark on the zoom scale that might jog your memory if you’re shooting very close to one of the aperture change points. That’d be nice wouldn’t it? Just a small mark on the zoom ring…

Anyway, whilst I don’t worry about this too much in the field, it is useful to see this when you’re trying to choose a new lens for your kit. If you’re considering this alongside a Canon 70-200 f/4 L IS for example, it would tell you that for half of the 70-200’s range (70-134mm), the the smaller lens has a 1/3 stop aperture advantage. And for the second half (135mm-200mm) it has a 2/3 stop aperture advantage over the 100-400 by maintaining its f/4 aperture through its whole zoom range.

Whether or not that aperture advantage is important to you will depend on the subjects you like to shoot, and how much light you typically have!