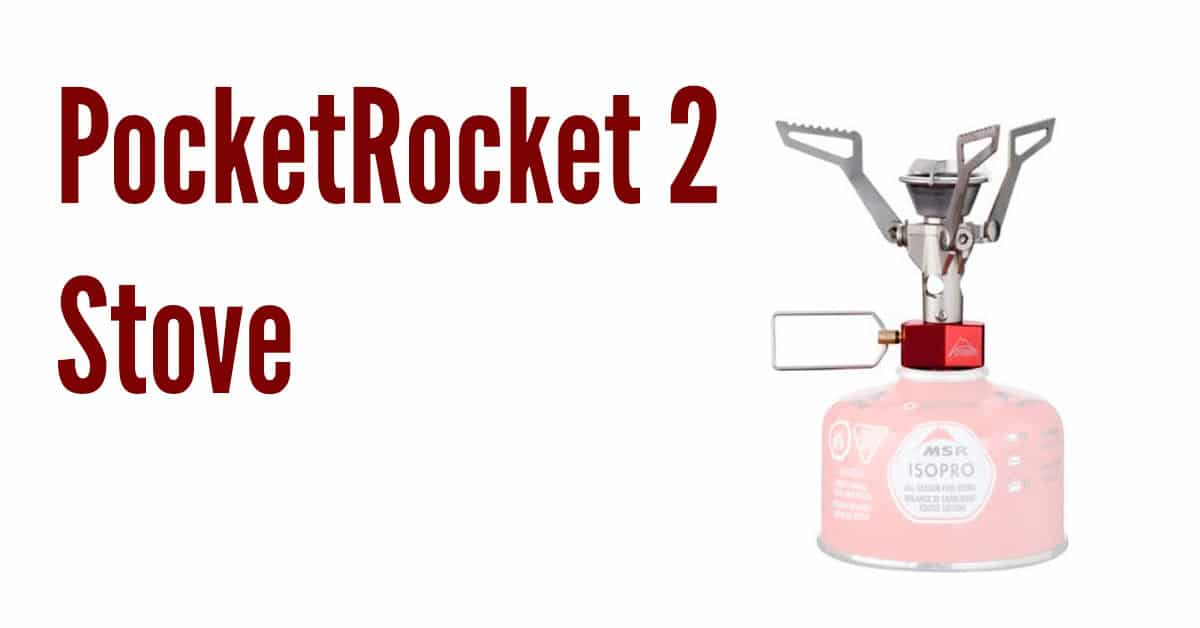 For many years I’ve been using a Jetboil stove system and it has done me proud, but I didn’t fork out for the fancy ultralight version when I bought it. While I was poking around at my local outdoor store I came across the MSR PocketRocket 2 stove, and I couldn’t believe how tiny it was, and also how reasonably priced it was at about $45. It uses the same gas canisters as my old JetBoil which is great, because I have lots of spares, and that also means I can use the little plastic stand from the JetBoil as well, although it’s also available for a separate purchase if you’d like to buy one too.

Once I had the tiny stove, I needed something to boil water in. I chose to go for the MSR Titanium Titan Kettle which weighs a mere 122g, and it’s large enough to store the gas canister and the PocketRocket 2 stove inside it. Not only is it a lighter setup than my old Jetboil, but it also takes up considerably less volume in my pack which makes packing so much easier.

Let’s take a look at the numbers:

I’m very happy with the setup so far, although it is a little less windproof than my JetBoil so you need to make or find a little shelter on a blustery day. Note that the PocketRocket 2 stove does come with a plastic carry case, but it weighs 31g and adds unnecessary bulk. I weighed my setup without the case, so if you see a disparity between my weights and any official ones quoted by MSR then that is the likely cause. The kettle costs about $60 and the stove is about $45, so this isn’t as cheap as some of the other changes I made, but at somewhere close to half the weight of my old setup, this is money well spent in my opinion.

So now I have saved 90g by ditching some lens hoods, 140g by buying a new rain cover, 191g by changing my water bottles to the flexible kind and 177g by upgrading my stove setup – total weight saving so far: 598g.

The original goal of this little project was simply to save 600g, which was the rough difference between a mirrorless camera setup and my usual Canon 5D Mark IV kit (math here). So far I’ve made it to 598g, so I’m going to call that mission accomplished, and I’ve only spent about $200. When you consider that the cost of a mirrorless setup for my purposes would have been several thousand dollars, I think this was definitely the right route to go down! Now, if I could save even more weight it would open up the possibilities of brining additional lenses so I didn’t stop there. Stay tuned for more in this series…