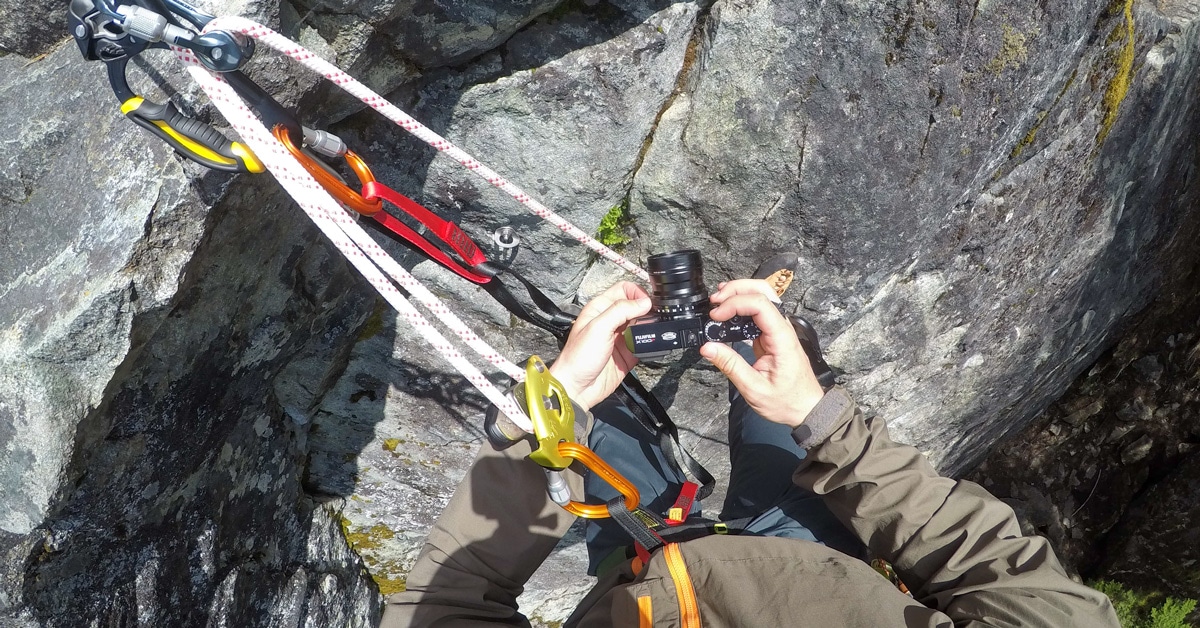 I’m still loving the experience (and images) from the wonderful Fujifilm X100F! The X100F has a 23mm f/2 lens on it which provides a field of view that’s equivalent to that of a 35mm lens on a full frame camera. It’s a great lens, but Fuji also make a couple of conversion lenses (WCL-X100 II and TCL-X100 II) that allow you to change it to a 28mm FOV or a 50mm FOV (Field Of View). I contacted my friends at B&H Photo and asked if I could borrow these conversion lenses for a few weeks to put them through their paces. When Fuji launched the X100F, they actually updated the adapters to new Mark II versions, so I was keen to see how they perform on this awesome camera.

I haven’t played with the 50mm one yet, but the 28mm came with me on day of climbing this weekend. As you can see from the photo, it adds a little bulk to the front of the camera, but overall it’s still quite a manageable package. From a size standpoint, it probably stops you from easily slipping it into a jacket pocket unless you remove the adapter, but it’s not hard to stash in a bag.

Unlike teleconverters that I’m more used to using, these adapters don’t alter the f-stop of the lens, so you still get an f/2 max aperture. Image quality with this 28mm adapter seems to be unnoticeably affected! So far so good!