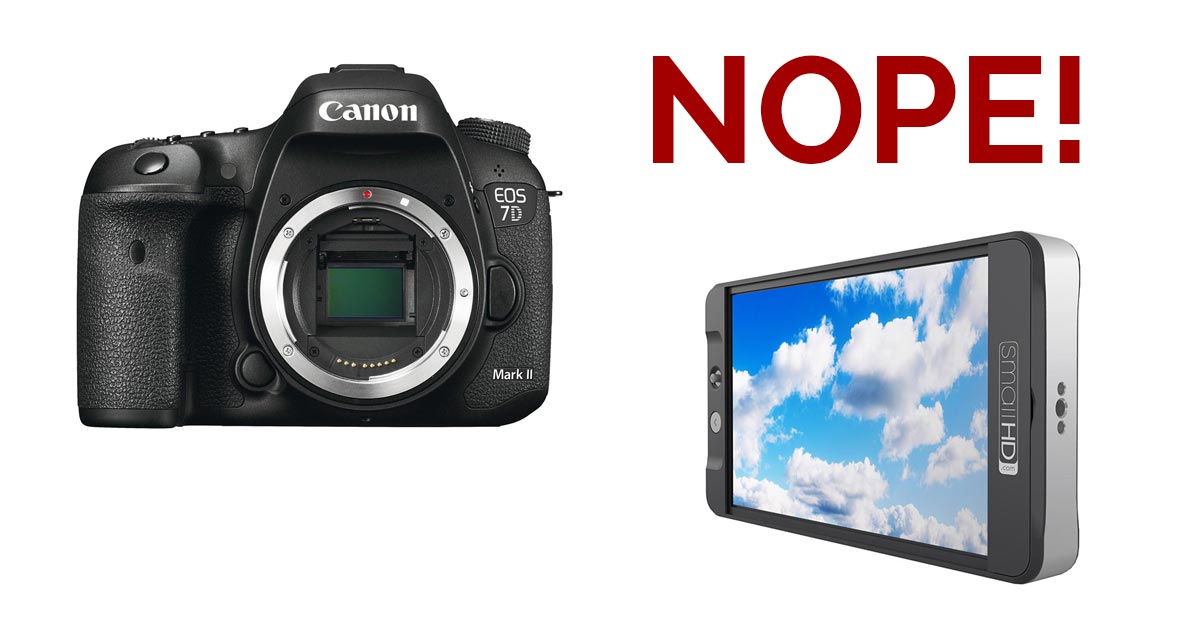 My Canon 7D Mark II is still my favourite second camera to carry around alongside my 5D Mark IV, the pair of them just compliment each other so well. For video recording duties (mostly for Youtube stuff) I use the 7D Mark II, and I recently picked up a SmallHD 701 Lite 7″ LCD monitor in one of B&H’s crazy Deal Zone one day sales. After receiving it though, I stumbled upon an unexpected issue that I thought I should point out, because for me it forced me to return the monitor.

When Canon first started enabling video recording in their DSLRs, the HDMI output of the camera only sent a video signal with no embedded audio. The 7D Mark II was the first of their DSLRs to embed the audio channels into the HDMI signal, and this made it easier to use an external ProRes recorder, since you wouldn’t need to run separate cables for audio. The problem is that the SmallHD 701 Lite (and several other lower priced LCD monitors) doesn’t have a headphone socket. I didn’t anticipate this being an issue at first, since the 7D Mark II has one, but I was wrong.

Essentially what this means is that if you want to have a useful external LCD monitor for your 7D Mark II, you’d better get one that has a headphone socket on it, like the SmallHD 501 or 502, which is likely what I’ll have to order as a replacement. This isn’t SmallHD’s fault of course, in fact they should be commended for making good quality budget screens like the 701 Lite. When used with a proper video camera, which has all manner of audio output options, this wouldn’t be a problem at all. I put this issue firmly at Canon’s feet. There should be an option in the menu to play back the recording’s audio from the camera, and not just through HDMI, they simply didn’t think this through properly.