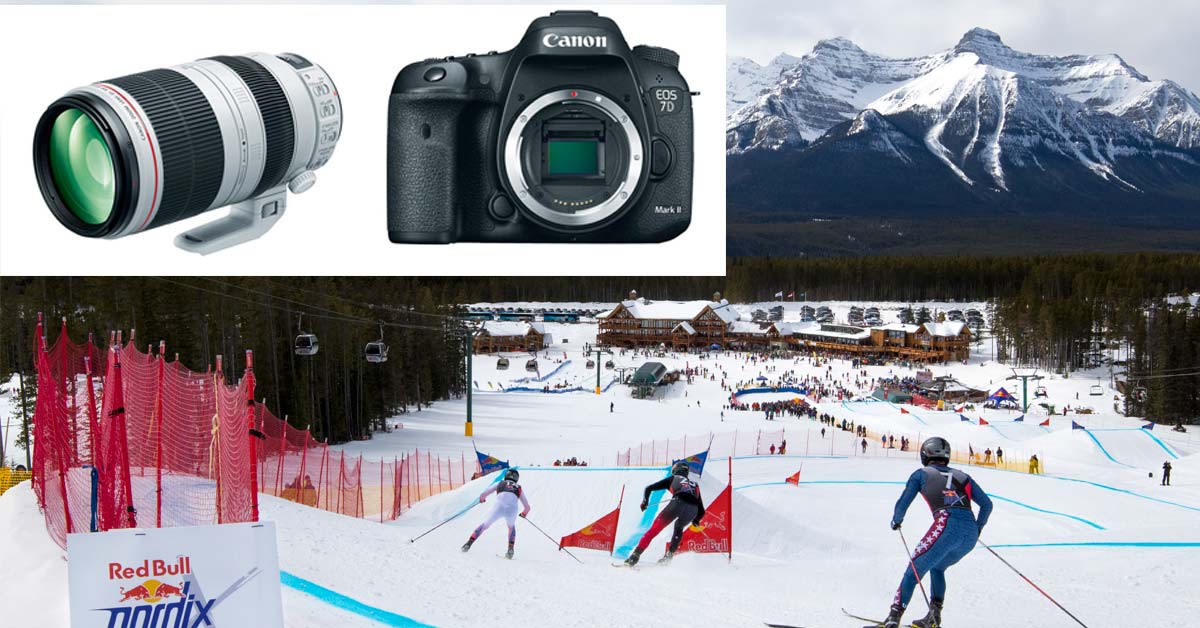 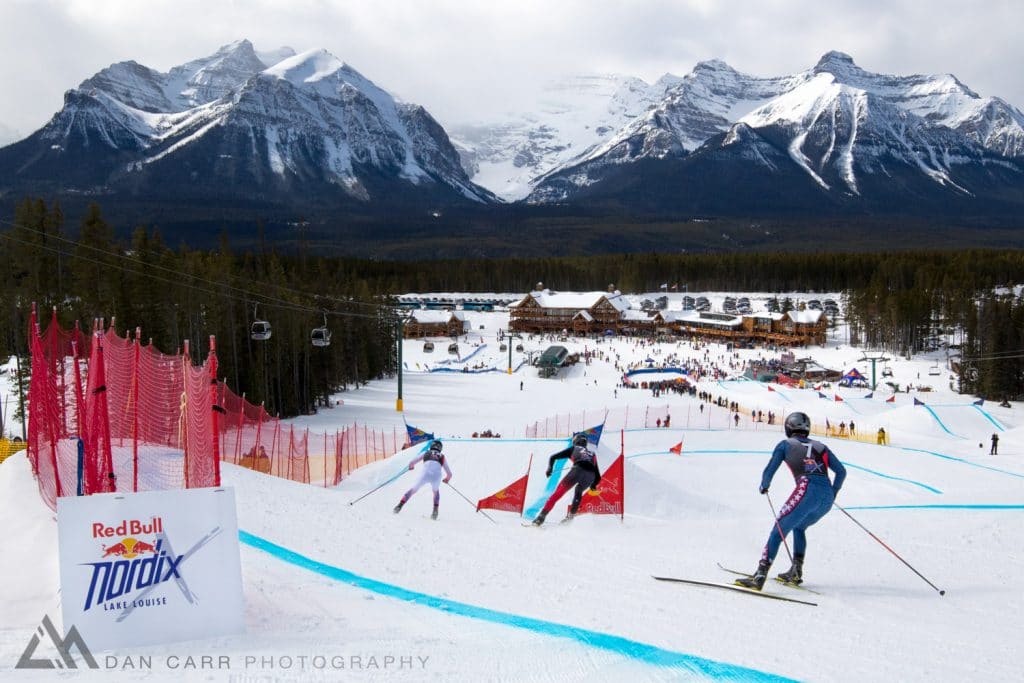 I’ve just returned from a trip to the Canadian Rockies where I was on assignment for Red Bull to cover their NordiX skiing event. I thought I’d take this opportunity to walk through some of the gear that I used for this job, and talk a little bit about some specific things that worked really well for this kind of event photography.

The event took place at Lake Louise ski resort in Alberta, and was a cross between cross country skiing and skier-x.  Cross country skiers don’t usually hit jumps as part of their sport, but this being a Red Bull event, things were a little bit more extreme.

In terms of carrying all my gear, I was very pleased with how things worked when I used this pair of packs from MindShift Gear.  I’ve already done an extensive review of the MindShift FirstLight packs over on Shutter Muse, and the 30L has become my go-to lighting pack as it’s easily able to hold a pair of ELB 400 battery packs, 3xQuadra heads and all the reflectors and cables.  The Ultralight Dual 36L is a newer pack that I’ve been testing for a few weeks, and I have to say that I’m already in love.  I think this might very well be my “forever bag”.  There’s ample room in the top half of the bag for accessories, and clothing, and a side-access camera section that’s capable of holding plenty of lenses and a pro-sized camera body.  You can even remove the camera section to turn it into a shoulder bag, or take out the internal divider if you just need a full size outdoor pack. It’s genius, and allowed me fast access to both my cameras at all times.

For lighting, I was lucky that we had pretty good weather for the whole event.  Having full course access meant that I could usually pick and choose my positioning based on the direction of light, and I only ended up needing the ELB 400 pack on one occasion where I was forced to shoot into the sun so that I stayed out of the way of the TV cameras that were running a live feed.  When I bought the ELB 400 recently, I also got a couple of Nanopole stands from Manfrotto and I had some issues with this during that portion of the shoot.  The Nanopole is supposed to be an updated version of the Nano stand, but one that is also capable of dismantling to become a boom pole as well.  I was rushed during the shoot, so there’s a change it was “pilot error”, but I had some issues with the boom detaching while it was in “lightstand mode”.  I need to investigate this more when I have a spare moment.

What I really did appreciate though, was the simplicity of the ELB 400’s setup.  In the situation where I realized I was going to need the light, I had a bout 3 minutes to get it set up, and less than that to tear it down afterwards as I needed to be in another position for a different shot very quickly.  In this regards, the ELB 400 is a real winner, but I also appreciated the small size and weight of the system that allowed me to carry it along with my second backpack. 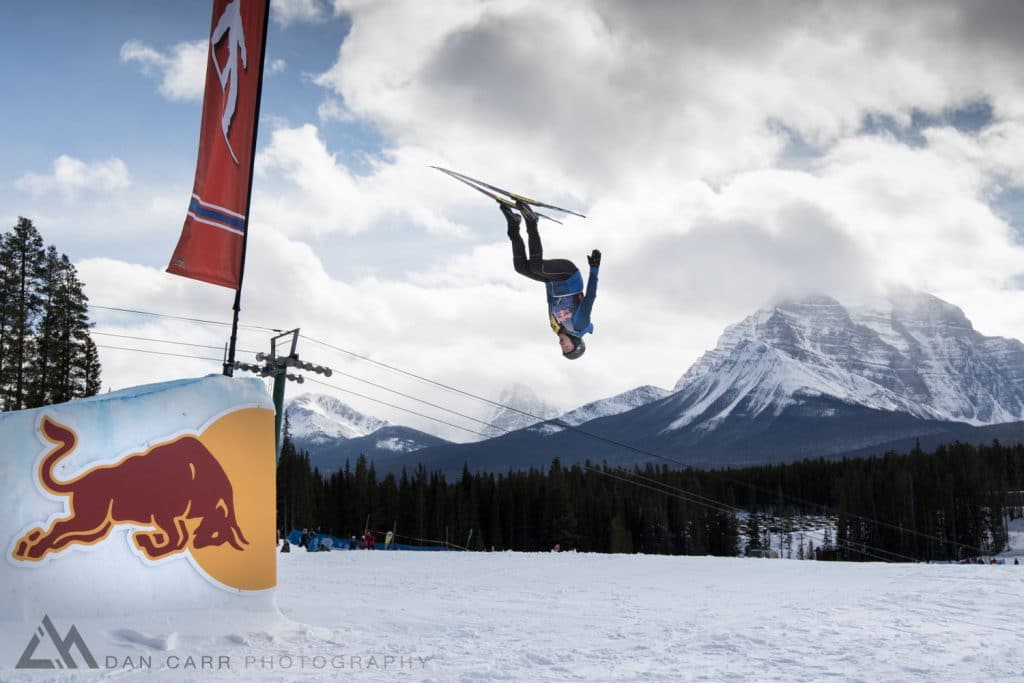 On the camera and lens side of things, the standout performer of the weekend was the Canon 100-400 f/4.5-5.6 L IS II, which has rapidly become my favourite Canon lens.  The versatility for its size is unparalleled, and it was responsible for about 65% of my images taken at the event.  I had the big 200-400 with me, but since the weather was nice and light levels were good, I didn’t end up needing its wider maximum aperture at all.  The 200-400 is also so big that it requires a totally different backpack to be used, and it would have been especially cumbersome for this even when I was hiking (sometimes running) up and down the ski hill.  With the 100-400, I was able to position myself in one spot, and shoot the athletes at multiple points during their race as they criss-crossed through the course.  Since I was working alone, and trying to cover a large area, it was a big key to being able to get through my shot list during the races.  Carrying the 7D Mark II with me also allowed even greater versatility as I was able to take advantage of the extra reach that’s provided by using an APS-C sized sensor. 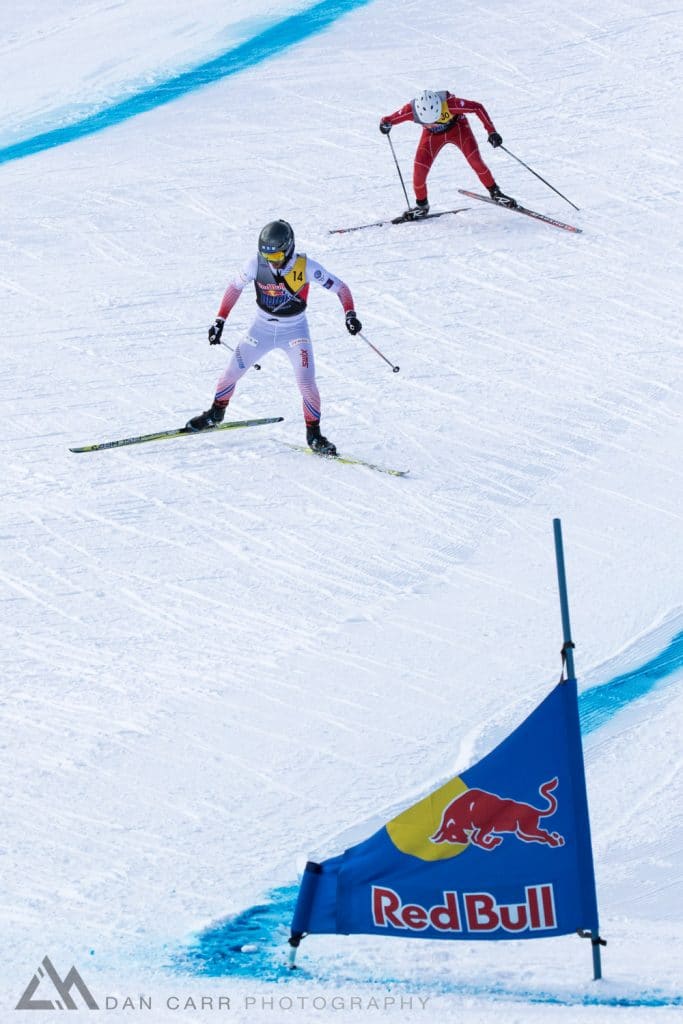 The other lens that got a good use is my 8-15 f/4 L fisheye zoom lens.  This unique lens is awesome because the zoom gives you a full 180 degree FOV vision on either a full frame camera, or a crop sensor like the 7D Mark II.  Whenever I’m shooting events, or sports, I like to bring the fisheye because it gives you a unique view that can make you feel a part of the action.  The key is, of course, that you need to be able to get very close to your subject for this kind shot and whether that’s possible or not will depend on your relationship with the event organizers.  Even in my case where I was working for the organizers, I still had to clear things with the race director and TV personnel in order to make sure I didn’t get in the way while I was taking the shots from the start gate that you see below. 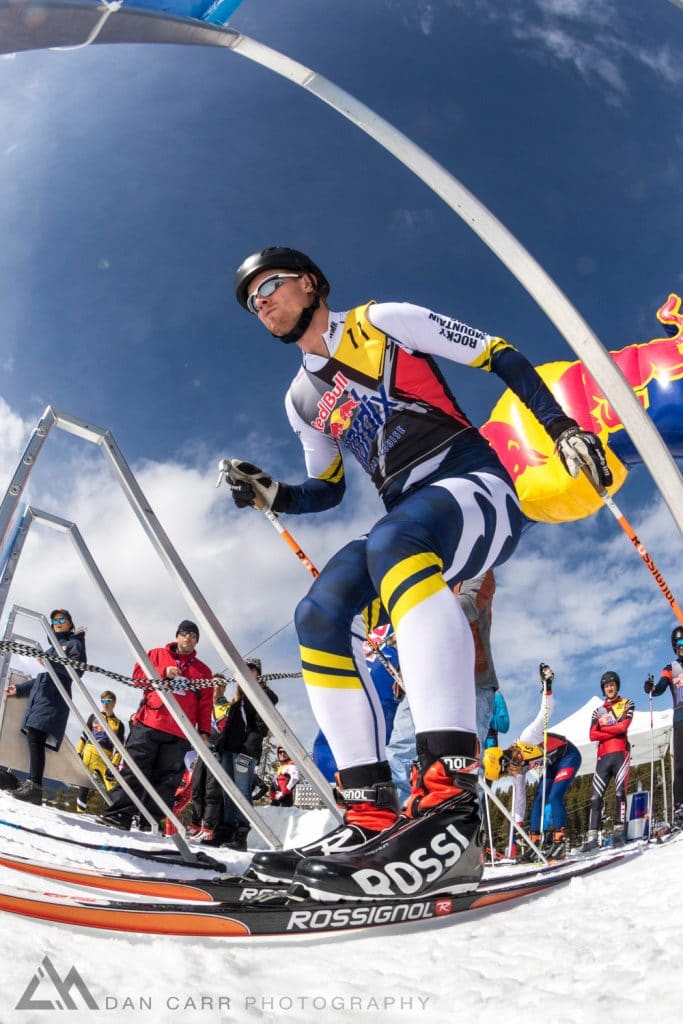 Evan Girard waits in the start gate during qualifying for Red Bull NordiX in Lake Louise, Canada on March 12, 2016.

The third lens that always gets a ton of use is the 24-70 f/2.8 L II.  This is such a wonderful compliment to the 100-400, and serves as my lens for shooting podium celebrations and candid athlete shots before and after the races.  An excellent general purpose event solution for me would be one camera with a 100-400, one camera with the 24-70, and a fisheye in my pocket.  For these kinds of action sports events, that’s a killer combination! 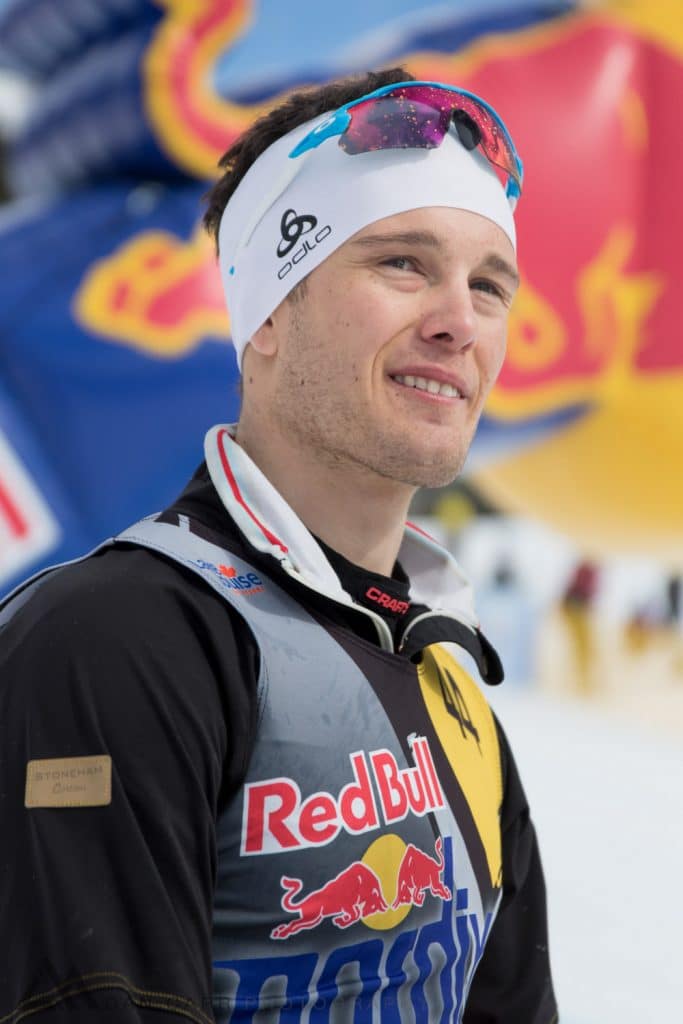