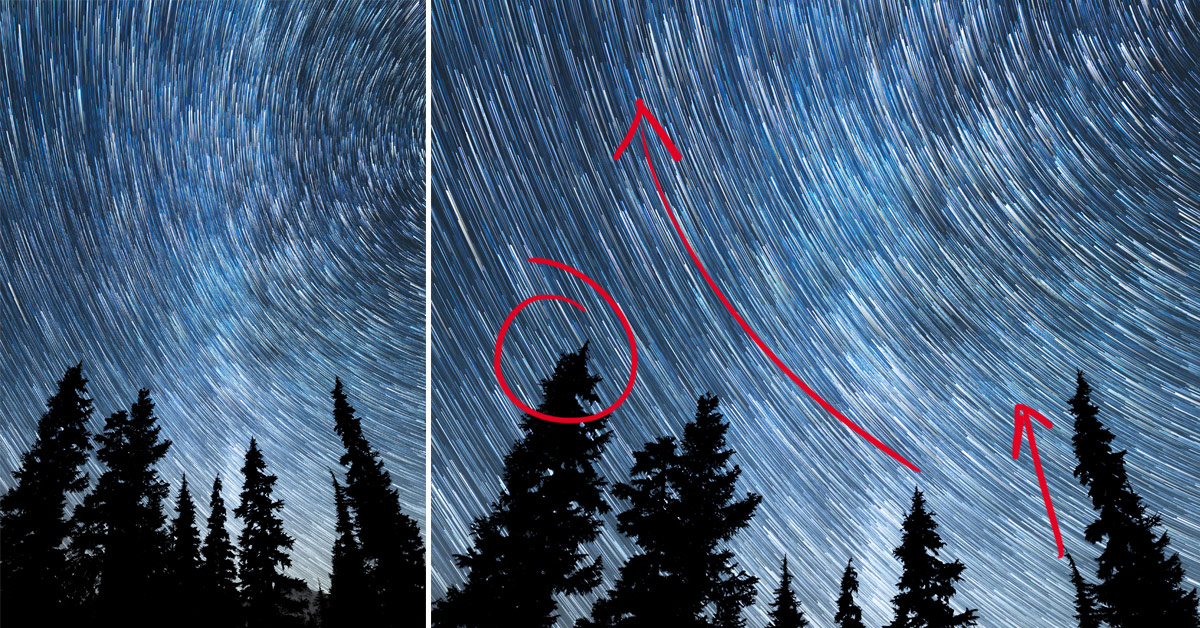 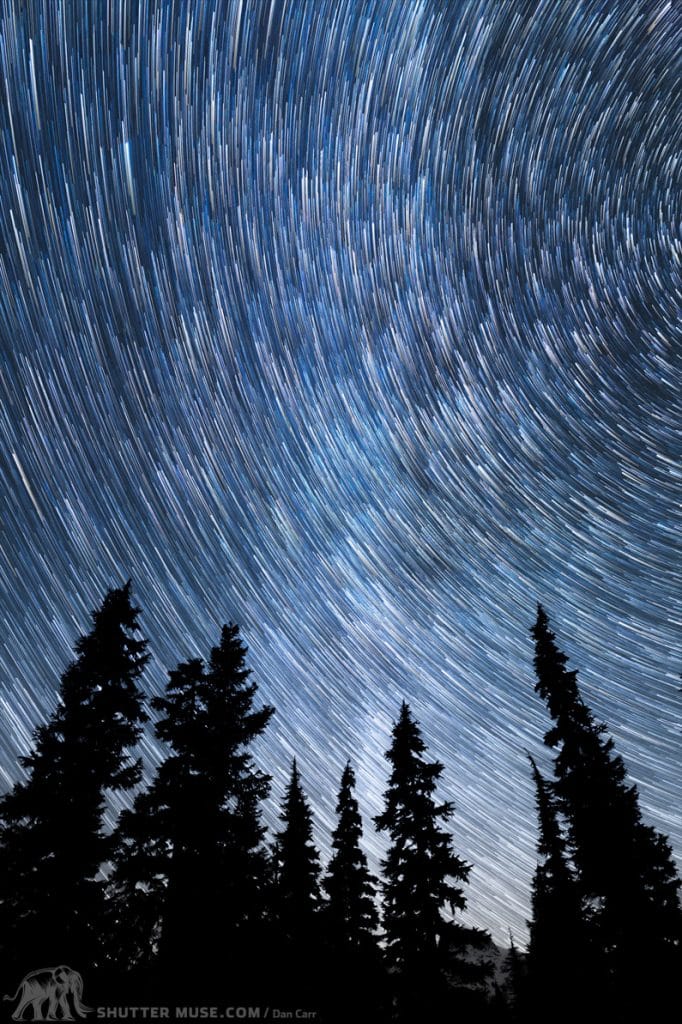 Star trail photos are a captivating way to show time’s progression through the night, and this image has a sort of painterly quality to it, hence the name Space Canvas.  Of course the first thing that people want to know about these kinds of shots is how do you show that progression of time?

There’s two ways of doing it: You either set the camera to bulb mode and use a remote cable to hold the shutter open for the duration of the shot, or you take a series of consecutive images and layer them on top of each other using post processing techniques.  As you can see from the image data I provided, I chose the second method, and combined 75 x 30 second photos to get this shot.

Why choose this method when it sounds like more work?  With the single exposure method a camera’s sensor heats up over the duration of the shot, and you end up with a much noisier image.  You also run the risk that you’ll accidentally ruin the image, or someone else will ,with a stray beam of a flashlight.  With the multiple shot method, you can safely discard one of your shots in the middle and people will be none the wiser. 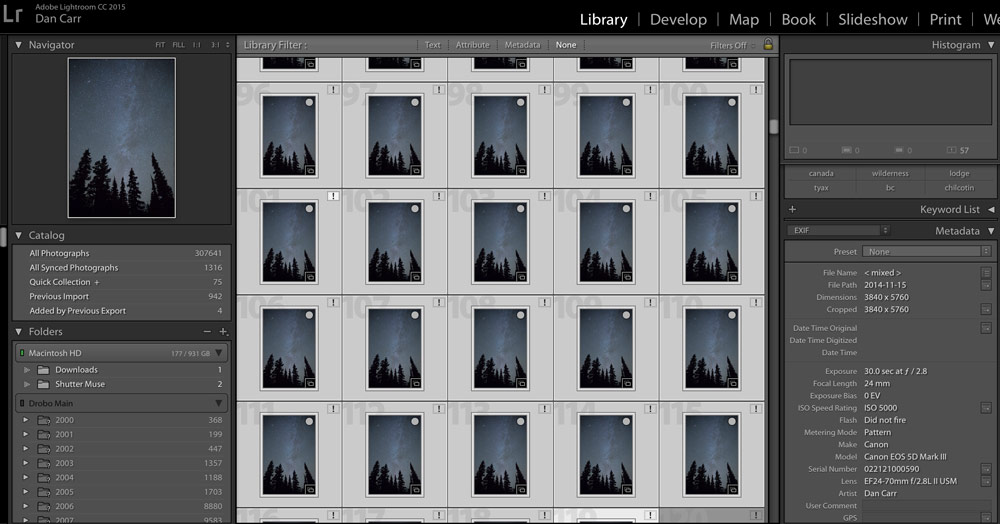 Taking the shots consecutively is very easy when you use a release cable with a built-in timer.  Simply set the exposure duration, and tell it how often you would like it to take the shot.  In this case I set it to do a 30 second image, then pause for 1 second and then another 30 second image.  Exposing the shot is easy because all you need to do is get the exposure correct for one of the 30 second shots, and then simply repeat those settings every time.  As long as the moon isn’t out, you’ll have a consistent exposure.  It’s always best to shoot when the moon hasn’t yet risen, or has already set, stars will be much more visible in the sky and you wont have exposure unknowns over long periods.

Stacking the photos together isn’t as hard as you might imagine, you can use a free program called StarStax, or you can load them into photoshop as individual layers and set the blend mode for every layer to lighten.  This allows the stars to shine through the layers and reveal their path. It can be done in just a few minutes!

Why Does This Shot Work?

Contrast is king when it comes to grabbing people’s attention, and there’s no stronger contrast than a silhouette.  The other thing that works well is that the trees appear to be converging, and pointing to a single spot in the sky – this leads the eye upwards in exploration.  The convergence effect was achieved deliberately by spreading the legs of my tripod out as wide as possible, and putting the camera just a couple of inches off the ground, looking upwards at the trees.  This leading line from the trees, as well as the sweeping motion of the stars picks up the viewer’s eye and whisks them through the image from the bottom to the top.  This is slightly enhanced by a brightened patch of sky in the bottom of the image between the trees.  Our eyes will tend to gravitate towards the brightest point first, so this makes a great starting point for people to look at the shot, and from there they are drawn upward and across in an arc, eventually exploring the whole image.

First you must captivate a viewers attention, in this case done with the sharp contrast of the silhouette.  Then you must lead their vision in a way the has them exploring the whole shot, and this is done with the converging trees and of course the lines of the trail itself. These two ideas are the recipe for a great image, and they can be applied to anything! First captivate, then invite exploration.