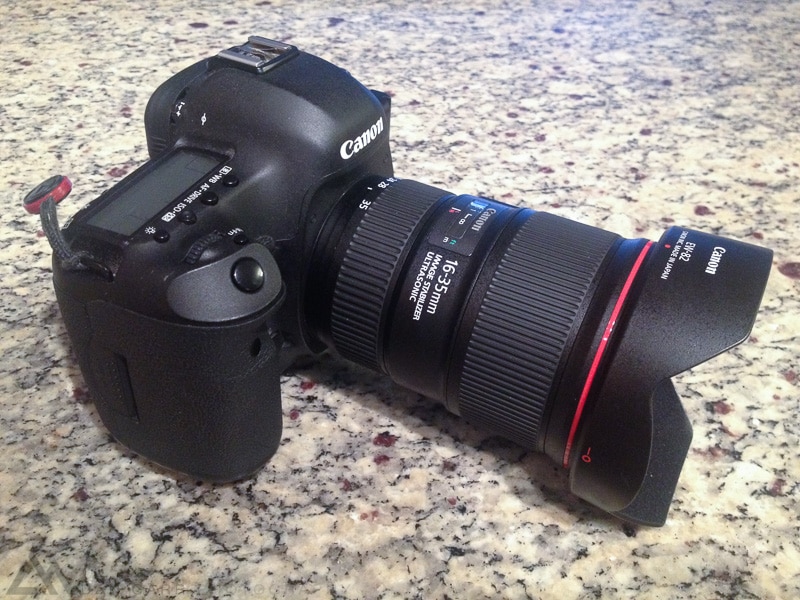 This morning I picked up a new lens from my local store, Whistler Fotosource; the Canon 16-35 f/4 L IS.  Huge thanks to them for getting the lens in for me so quickly!! Tomorrow I leave for Jasper National Park in Alberta and after finishing up there I’ll be heading almost immediately to the west coast of Vancouver Island.  In short, I’ve got some perfect testing grounds coming up for this lens which Canon’s landscape photographers have been itching to get hold of.

For many years I used the excellent Canon 17-40 f/4 L.  To this day it remains Canon’s cheapest L lens, and quite probably their best bargain.  It’s short, lightweight and bloody sharp almost all over.  For well under $1000 you can get your first L series lens, in fact when I got my first one it was MY first Canon L glass too.

The only complaint that people really had about that lens was that it was a little soft in the corners.  Sometimes it wasn’t too noticeable but if you got low to the ground with close foreground objects they were noticeably soft, at least compared to the middle which was tack sharp on the 17-40.  The 16-35 is a totally new design and whilst I don’t believe that Canon have explicitly stated that it IS the replacement for the 17-40, it would make a lot of sense.

They actually priced the new lens much lower than was expected, “only” $1200.  Trust me though, that’s cheap when you look at the last few new lenses they have launched!  The addition of IS has added a small amount of weight over the 17-40 but having played with them both side-by-side today I can say that it’s unnoticeable since the new lens is so evenly balanced.  It feels wonderful on a 5D Mark III.

First reports from other testers have indicated that this lens is optically stunning, right up into the corners, so I’m super excited to get out in the field with it over the next few weeks and put it to the test.  I’m also really curious to see whether image stabilization turns out to be a benefit to my style of shooting.  I’ve previously shot the 17-40 almost exclusively from a tripod where IS doesn’t do you any good.  If it’s not been on a tripod I’ve been shooting sports where you always have a high enough shutter speed for IS to be useless as well.  Will I use it?

If the IS is good enough then there are times when it might negate the use of a tripod entirely.  I can also see myself using this lens for a lot more travel photography than I have done with the 17-40. In recent year’s i’ve gravitated to the stunning 24-70 f/2.8 L II for that kind of thing, but the 16-35 f/4 L IS will allow excellent low light shooting for interesting city shots and interiors.  I have a 24mm f/1.4 L II as well, but with a 4-stop IS in the 16-35, this actually allows an even better equivalent exposure.  My mind immediately jumps to my time in Rome last year photographing the stunning church interiors…. the 16-35 f/4 L IS would be great for that kind of situation.

In terms of unboxing and first impressions I have to say I’m very very impressed.  I put it side by side with the 24-70 f/2.8 L II and actually preferred the feel of the zoom and focus on the much cheaper ($1000 cheaper!) 16-35mm.  This lens is built to last and I’ve no doubt it’s going to be with me for a very long time.

Look for more thoughts on this new lens in the coming couple of weeks and stay tuned to Instagram to follow me around while I shoot with it!