Flash Manufacturers, You’re Doing It All Wrong – Profoto B1 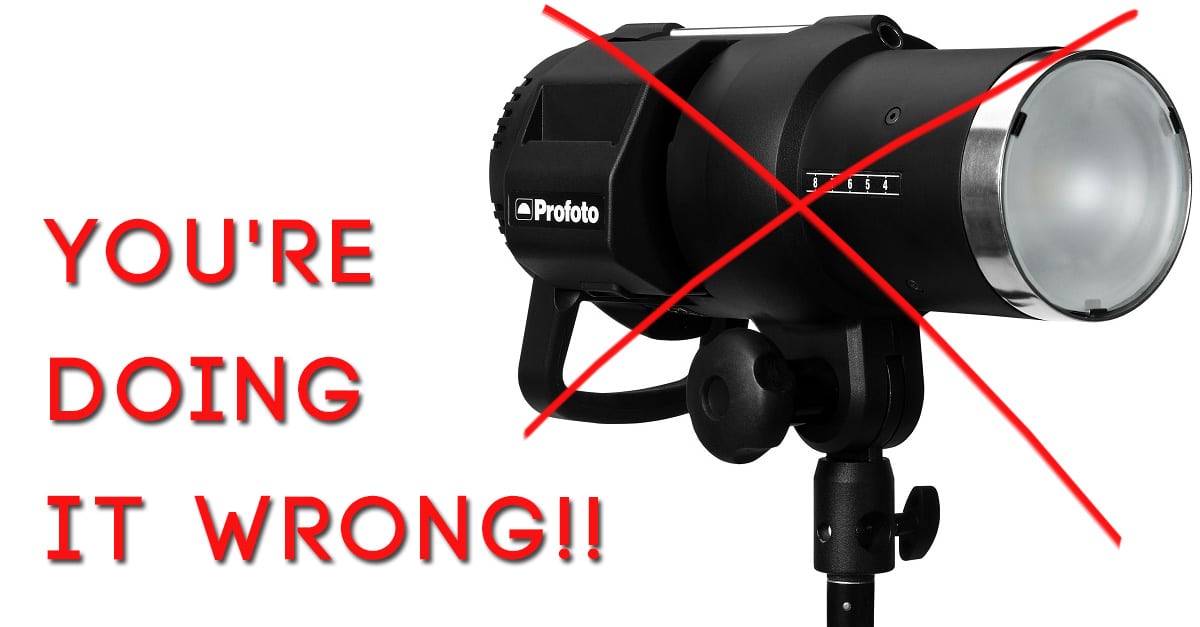 A few weeks ago lighting specialists Profoto put out a teaser on their website that something big was coming, something new.  Could it be…..?  Was a major flash manufacturer finally going to deliver what I’ve been waiting for…….?  In a word; no.

Profoto announced the B1 Air 500.  Essentially a D1 with a li-ion battery in it and TTL capabilities.  It certainly seems to have caught people’s attention judging by all the e-mails I’ve gotten about it.

First I have to talk about the TTL which they proudly put at centre stage.  What photographer who spends $2000 on a flash head, is going to use TTL?  Really?  I think this is a pointless feature and I wish that companies like Profoto would listen to what we actually want, and not what they think will sound the best in the marketing blurb.  *sigh*

The second thing I want to address about the B1 is that Profoto is touting it as a fast flash head when in fact it is not.  They are quoting t0.5 times which grossly misrepresent the actual useful flash duration by probably three times. Their super-fast 19,000/s duration is also only at 2Ws which is a fairly uselessly small amount of power.  Next, we’ll be seeing manufacturers claiming 1/100,000 second flash duration at 0.13Ws

The number we actually want to know is full power flash duration which is listed as a very moderate 1/1000 at t0.5.  From this, we can estimate that the actual flash duration or close to it using t0.1 would be about somewhere in the region of 1/200 or 1/300 of a second.  Hardly anything to write home about right?  Yet all Profoto’s marketing blurb proudly tells us how fast the head is.

Now don’t get me wrong…I actually really want to try these things out.  I love the idea of being completely cordless with the battery built into the head.  What ticks me off is all the fluff and bull that they are spreading.  If they really wanted to impress then they would not have shot their BMX photo promo at night and indoors.  Those kinds of scenarios don’t test flash heads at all.  Anyone could have shot those images with regular speedlights.

Flash manufacturers I’m talking to you now so listen up.  Here’s the deal; most sports photographers are using Pocketwizard’s Hypersync function with their strobed sports photos.  “How well does it work with Hypersync?” is the number one question I get.  People I know are downgrading their Elinchrom flash heads to the SLOWER ’s’ heads from the fast ‘a’ heads because the slower ones work better with Hypersync. So continually trying to create new strobes that have a fast flash duration is missing the trick!  We want a flash that is DESIGNED SPECIFICALLY to work with Hypersync.

For those that don’t know, Hypersync is a function that allows you to shoot at a higher sync speed than your camera would normally allow.  What this means is that the extra stop or two you gain in shutter speed allows you to more easily overpower the ambient light and to use less powerful, less bulky strobes.  For example, I rarely use my 1200Ws Elinchrom Ranger now because I use a 640Ws Einstein instead.  It’s half the power (1-stop) but I can shoot with a shutter speed of at least 1-stop faster because it Hypersyncs better than my Ranger.  My net result is a win for the Einstein for the same exposure.

Hypersync works very simply, it’s not magic.  It’s simply a pre-calibrated delay that ensures that the flash pulse fires during the moment when the camera shutter is open.  How well it works for a particular strobe depends on the shape of the flash’s output curve.  A flash has a small ramp-up time to get to full output and then a tail off after that.  Every flash is different but these characteristics can be controlled.  It should be possible to create a flash that has an output curve DESIGNED to be the perfect partner to Hypersync.  Even if it meant the flash companies creating their own version of Hypersync…. it’s just a simple delay after all.

For action and sports photographers, this is what we want.  We don’t give a crap what your crazy flash duration is when the head is turned down to the power of a baby glow worm.  We want full power performance with faster sync speeds.  The first one to figure that out will get all my money!

So there is a silver lining to the seemingly slow speed of the Profoto B1 head.  It’s so slow that it should actually be quite good with Hypersync.  Whilst it wasn’t specifically designed for it, I’ve looked at the power curve and I think it will work pretty well.  I wish it was a little more powerful, but it seems like it might be able to achieve similar exposures to my Einstein, albeit in a package that’s 3X the price.  Hopefully, I’ll get a chance to give them a try if the nice people at Profoto don’t take this article too personally!  The number of e-mails I’ve gotten this week certainly tells me that readers are interested in my thoughts.

Due to the great price point and the ability to work well at Hypersync, the number of Einsteins that people have bought after talking to me about them is quite staggering.  It’ll be interesting to see if the B1 will steal some customers or whether the price point will put people off.