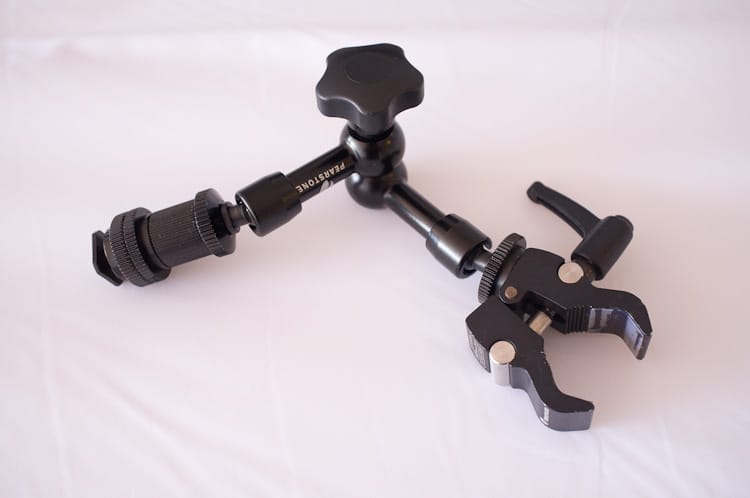 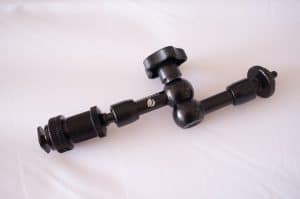 This is one of those multifunctional accessories that every photographer should have in their kit box.  I’ve owned several different versions from various manufacturers and this time I have been provided with the 4.2″ Pearstone Articulating Israeli Arm version.  My favorite uses of such an arm are to hold accessories for DSLR movie making such as microphones, audio recorders and LCD screens but the actual potential uses are far too numerous to name.

The 4.2″ Pearstone version is just the right size for mounting on the hot shoe of your camera and it comes with a hot shoe adapter that screws onto the end of the arm.  There is an 8″ version available as well but you’ll find it too long for on-camera hot shoe use in most scenarios.  The 4.2″ version is just right though and can position a recorder such as the Zoom H4N in just the right place. 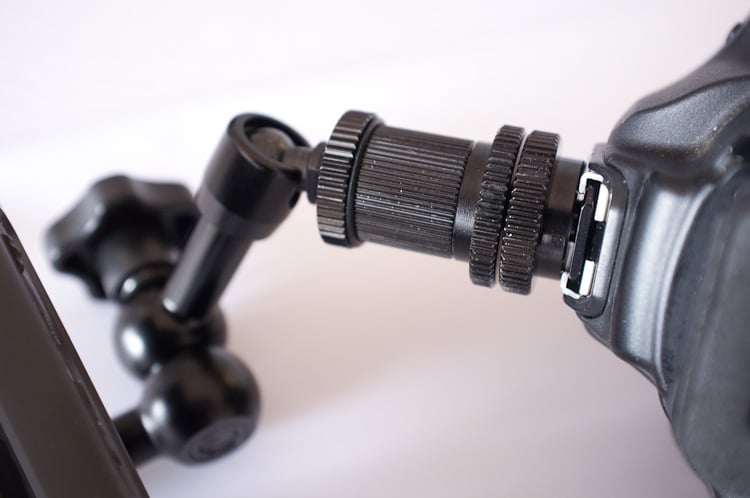 You don’t have to use the hot shoe mounting method though, both ends of the arm have 1/4 20 screws to mount to any number of standard camera accessories.  In the photo below you can see that I have it mounted to a rod mounted cheeseplate, in this case the Redrock Micro micropod accessory plate. 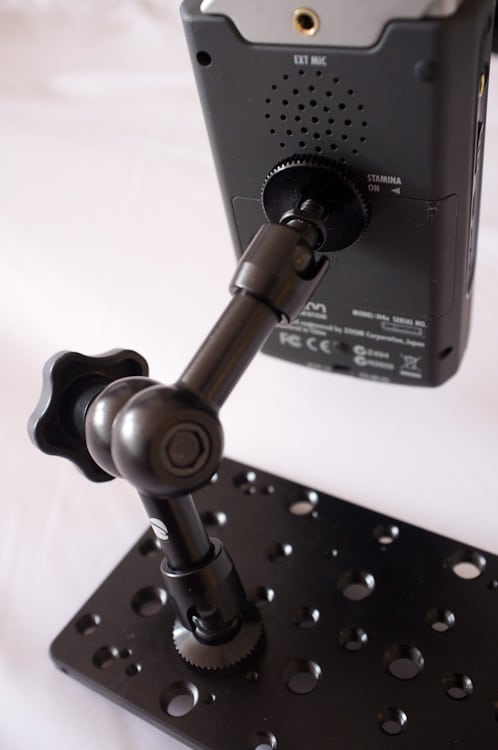 The Pearstone Arm locks solidly in place when the wheel is turned and the knurled knob gives you plenty to hold onto to exert a large force.  As I mentioned, I’ve used several variations on products like this and whilst they seem simple enough, some of them don’t work as well as you might hope.  The Pearstone Arm works as advertised though and accomplishes it as a lower price point that most of it’s competitors, $34.99 is really something of a bargain when you consider there are similar products out there at 4 or 5 times the price !!

If you want to add even more flexibility to this product then gran a Manfrotto Nano clamp as well that will allow you to clamp it to almost anything you can think of, and particularly tripod legs.