I don’t often get to post photos of what I’m currently shooting because much of it has to stay under wraps until the clients have used them in the magazines or adverts. This weekend though I have my photojournalism hat on in my home town of Whistler, BC. The bobsled and skeleton world cup is here for the first round of the winter season at the Whistler Sliding Center that hosted the event for the 2010 Winter Olympics.

Here is a photo from lasts nights 2-man bobsled event. Canada 1 bob piloted by Lyndon Rush grabbed joint second place in the event and I liked this shot of them pushing off from the start on their final run. Shooting in a snowstorm under artificial lighting in the dark is about as tough as it gets for sports shots so it really pays to have an f2.8 lens in this scenario. In my case I was using the Canon 300mm f2.8 L IS Even at f2.8 I was still at iso 4000 but the 1dMKIV handles that with no problem at all. Shooting in manual exposure is the way to go as the lighting does not change and I also used just the central AF point as that is also faster in the dark. A shutter speed of 1/320 was great for getting things mostly sharp but a little blur on their fee to show the speed they are running. 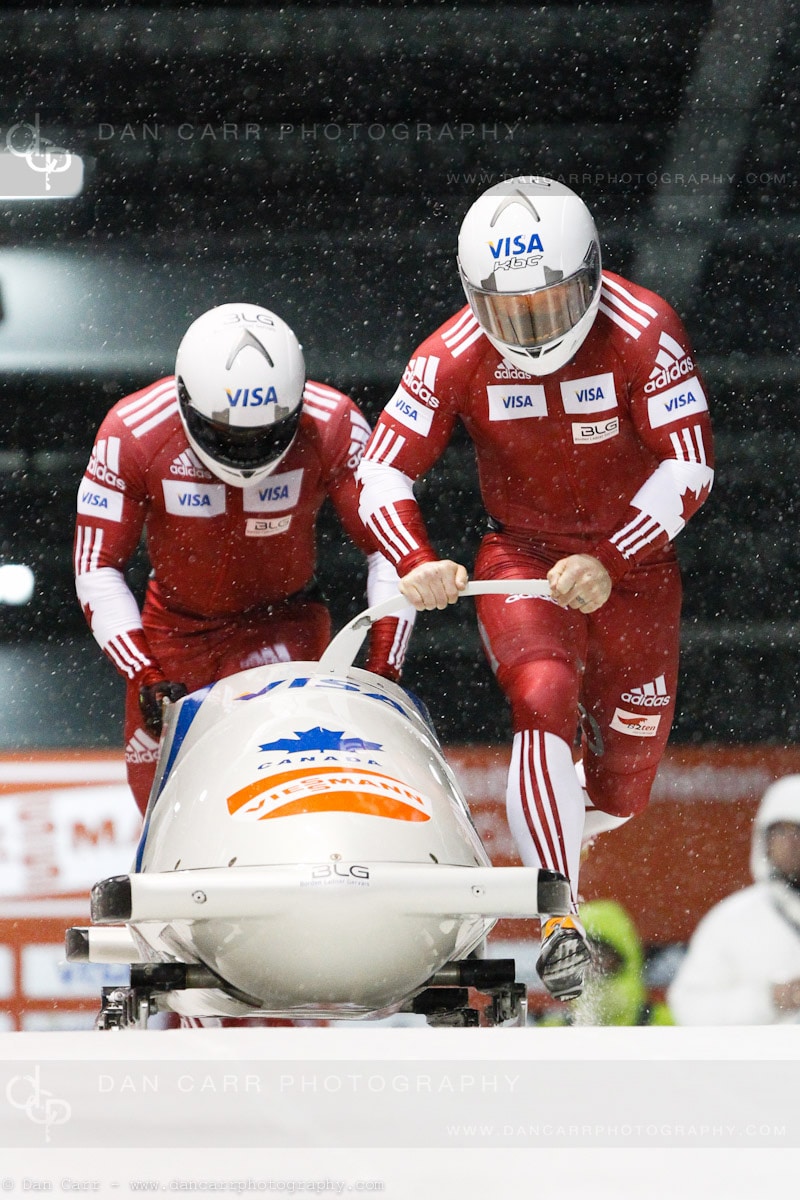