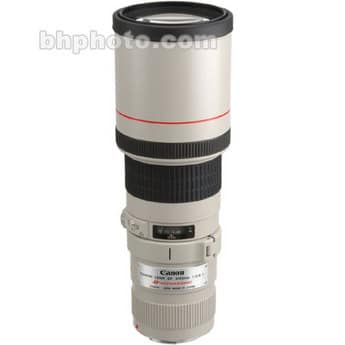 So you’ve mastered you wide-angle lenses and medium telephoto zooms like the ubiquitous 70-200. The next step is inevitably looking at longer lenses in the 300mm and up range. Firstly, be prepared for your wallet to take a bit of a hit For the most part, once you start heading north of 200mm the price of lenses can take a bit of a jump for the higher quality ones. I can’t cover every lens option but here’s a few thoughts on some of your options from the main two manufacturers. During my years shooting skiing I have rarely needed a lens that goes much longer than 300mm. Sometimes 400mm is good and a couple of times even longer. But I would not say that for skiing and snowboarding photos you need a lens that is natively longer than 400mm. If you need longer once a year, its best to use a teleconverter that time, than carry around unneeded range with you all the time. Here are your main choices in order of ascending price…….

Renowned wildlife photographer Moose Peterson called this lens “Nikons best kept secret” and if you are a Nikon shooter on a budget this is a great option as it comes in at less than $600. It weights next to nothing compared to the other long lenses on this list but it still produces a very sharp image while working with all the full frame Nikon cameras. Remarkably sharp for the price. It would be nice if Canon had a lens in this range that people of the caliber of Moose or Joe McNally could rave about, but sadly they don’t so i’ll be skipping the Canon 70-300s. They just don’t cut it.

This is a great lens , and one that seems to get overlooked by a lot of people. Its design is fairly old and as such it doesn’t have as good weather sealing as modern L lenses but it is very very sharp. Especially when stopped down to f5.6 and smaller. This was my first long lens and I loved every shot I took with it. The auto focus is not as fast at the 70-200, especially with fast moving objects that are close to the camera, but for shooting skiing and snowboarding at a distance ( big mountain lines) it does an admirable job and is great value. It handles the 1.4x teleconverters decently too, as long as you have enough light to stop it down to f8 or even f10. Another benefit is its light weigh, coming in at just 1.19kg

I know of at least 2 professional snowboard photographers that use this lens on a regular basis. Personally I prefer the 300mm f4 because I have found 300mm to be of use on many occasions but the 400mm does produce a much sharper image than the 300mm f4 + 1.4x teleconverter combination. Due to it’s age it lacks IS and weather sealing but it manages to pack 400mm into a respectably small package and it only weighs 2.75 lbs which is very appealing if you like to hike or go ski touring with you gear! There are of course 2 other 400mm lenses in the Canon lineup but the 400mm f2.8 is far too big and heavy for skiing and the 400mm DO…. well image quality can be questionable and the price is fairly prohibitive.

This is an odd lens firstly because of its age, its 12 years old and in most people’s eyes long overdue an update. It utilizes a push-pull style zoom which personally I can’t stand and reportedly sucks dust into the lens over time. It seems as though this lens also suffers from hugely varying build quality because there are many conflicting reviews out there. Having said that it does go all the way to 400mm and with such a long zoom range it has versatility on its side. If you already have a 70-200 though, you have some focal length overlap going on though and it performs very badly with teleconverters.

Amongst the pro Canon shooters in the industry this is the most popular of the longer lenses. It is unspeakably sharp at all apertures and also works very well with the 1.4 teleconverter giving you a 420mm f4 L IS that still locks on super fast with the autofocus and if stopped down to f7 and smaller, is still amazingly sharp. It even works well with the Canon 2x TC if you have enough light to get it stopped down to f10 or thereabouts. This is something that I was very surprised with when I tested my own personal 300mm 2.8 in Alaska recently with the 2x TC. I made some great images with this 60mm f5.6 (you lose 2 stops with the 2x tc). Seriously, they didn’t even need sharpening in post production! The versatility of this lens is one of its major strong points. A definite negative is its size and weight compared to the 300mm f4 IS and the 100-400 though. It weighs in at 5.6lbs which is a noticeably heavy chunk of glass in your pack if you are skiing or snowboarding all day with it. You certainly have to think hard about what other gear you want in your pack on a day when you take this lens out with you, but the images you get from it will always put a smile on your face. In terms of sharpness and contrast this is probably Canons best ever lens.

This MKII version was released by Nikon at the tail end of last year and reports are favorable. It improves marginally on the sharpness of the first version and adds a stronger implementation of the image stabilization. It’s worth noting though that currently (april 2010) there are still large stocks of the old MKI version of this lens which was also very very sharp, and now selling for more that $1000 less than the MKII version! Size and weight are comparable to the Canon version mentioned above and it also works well with Nikons teleconverters. In fact it was specifically designed to pair with the new Nikon TC-20E III

This is a monster of a lens weighing in at 7.2 lbs. Its size and weight means that its not that practical for ski and snowboard photography but I had to include it because it is simply the most impressive long zoom lens ever produced, and it covers the focal lengths we are discussing. A constant f4 aperture makes this a physically large lens, but it maintains its sharpness throughout its range. On top of this, Nikon JUST announced version II of this lens. Which adds better image stabilization and Nikon’s nano crystal lens coating for improved sharpness and less lens flare.

Please check out the rest of the Ski and Snowboard Photography 101 series HERE !