Out with the old and in with the……..smaller and lighter. 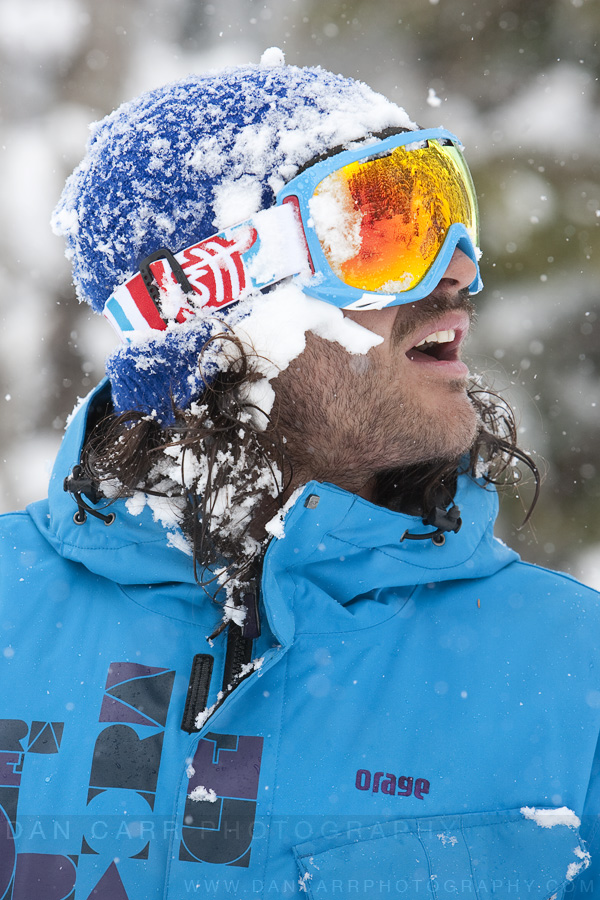 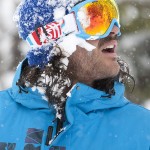 using auto focus (I don’t like using AF). The few times i did use it at wide’ish apertures where for portrait type stuff and then that was mostly at between 70mm and 90mm. Any more than 100mm with a aperture of 2.8 and at a distance to get head and shoulder shots of something and you are looking at a very thin DOF again which i tend to find a bit too thin to get all of someones face in focus. If i ever did shoot any lifestyle at longer lengths then i was stopping down to at least f6.4 or f7.1 to get every part of the person in focus. The shot on the right for example of Charley Ager taken yesterday. 200mm on my 2.8 with f6.4 was just enough to get him tack sharp all over and blow the background out nicely to get those backlit snowflakes to show up.

Just over a year ago Canon announced the 70-200 f4 L IS.Unbelievably they were tested by many of the leading websites and magazines and found to be even sharper than their f2.8 brother. BUT they are half the weight, half the diameter and even an inch shorter. For someone like me who is often skiing with a lot of gear on my back, any weight reduction is a blessing and as you may have guessed by now I have purchased one of these 70-200 f4 ISs. It was actually even $300 cheaper than my used f2.8 lens sold for so I have money in my pocket, 750g less weight on my back and an even sharper lens than i had before. Actually what I am going to do with the $300 is buy an 85mm 1.8. As I mentioned , when i did use my old lens wide open it was in that shorter range so the 85mm 1.8 will give me that option and being a prime not a zoom, will do it with even sharper results and also with a 1-stop advantage allowing me a very narrow DOF if i need it or ability to shoot in even lower light. It was sad to see my old 2.8 go, it has been responsible for most of my favorite images and travelled with me faithfully for so long but i think this new combination just makes more sense for me.