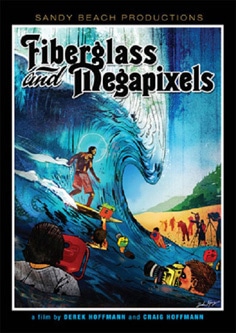 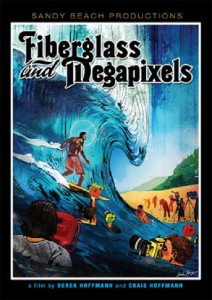 Being a ski photographer I can spend a lot of time in Winter. That’s fine with me, I love it but it doesn’t stop me dreaming of a bit of surf and sunshine every now and again.  The other day I was browsing some surf photos online and I wandered if the opposite was also true.  Do surf photographers every dream of going skiing for a week to escape the endless summer?  Surf photography has always fascinated me and I spend a lot of time browsing websites of the top surf shooters out there.  Websites like Transworld and Surfer are forever putting up galleries of incredible photos shot the previous day on some magical looking break at an un-named location.  I guess they probably think the same thing when they see photos of a skier making turns down a huge Alaskan face but wow, what a crazy job those guys have.

Surfing is a billion dollar industry and requires a huge number of images to satisfy the hundreds of magazines worldwide and the thousands of adverts for the latest board shorts or wetsuit.  The film Fiberglass and Megapixels is a documentary about some of the photographers based on Hawaii’s North Shore who spend their days in the water with the worlds best surfers.  I came across a web advert for the film quite by accident but when I read a little more about it I was surprised to have not heard about it before.  The film, produced by Sandy Beach Productions and released in early 2010, quickly received several awards for editing and cinematography at festivals like X-Dance and the Malibu film festival.  I don’t recall ever seeing a film before that was about the photographers and it featured seeveral of my favorite surf photogs such as Brian Bielmann and Scott Aichner. I new I needed to buy this movie.  It’s available from Amazon HERE.  Or you can download it online for $15 from TheSurfNetwork.

“I dont think in any other sport do you have the license to get so closely involved with the subject at such a high risk factor as with surf photography.  It would be like being able to photograph the Superbowl but you’re allowed to use a wide angle lens and run around the field with the guys.” Ted Grambeau, Surf Photographer.

The film is incredibly well produced and edited.  The filming is beautiful and the interviews are interesting and revealing for someone who is interested in this type of photography.  I always knew that it was tough to shoot a surf photo of a guy in a barrel but when you see footage of 8 guys in 1 barrel all trying to get the same shot it really shows a different side to things. Most of the time the final images you see are just 1 surfer inside the perfect tube.  But this video reveals the other side to the story.  100+ cameras on shore , 20+ guys in the water all aiming at this one surfer.  Its a crazy situation.  I really liked some sections of the movie where they showed video footage  of a wave and then the resulting photos and adverts that were captured by the photographers.

The film runs for 58 minutes and I watched again the minute I finished it the first time.  It’s not a technical film about f-stops and shutter speeds, but a movie about the lifestyle of the photographers and the guys they point their lenses at and I found it a compelling watch.  If you are looking for a birthday present or Christmas present for someone you know that likes to shoot any type of action sports then I think this would be a great gift.

FIBERGLASS AND MEGAPIXELS – Trailer from Sandy Beach Productions on Vimeo.