Home » Gear Check » How Does The Sony A9 II Handle Extreme Cold?

How Does The Sony A9 II Handle Extreme Cold? 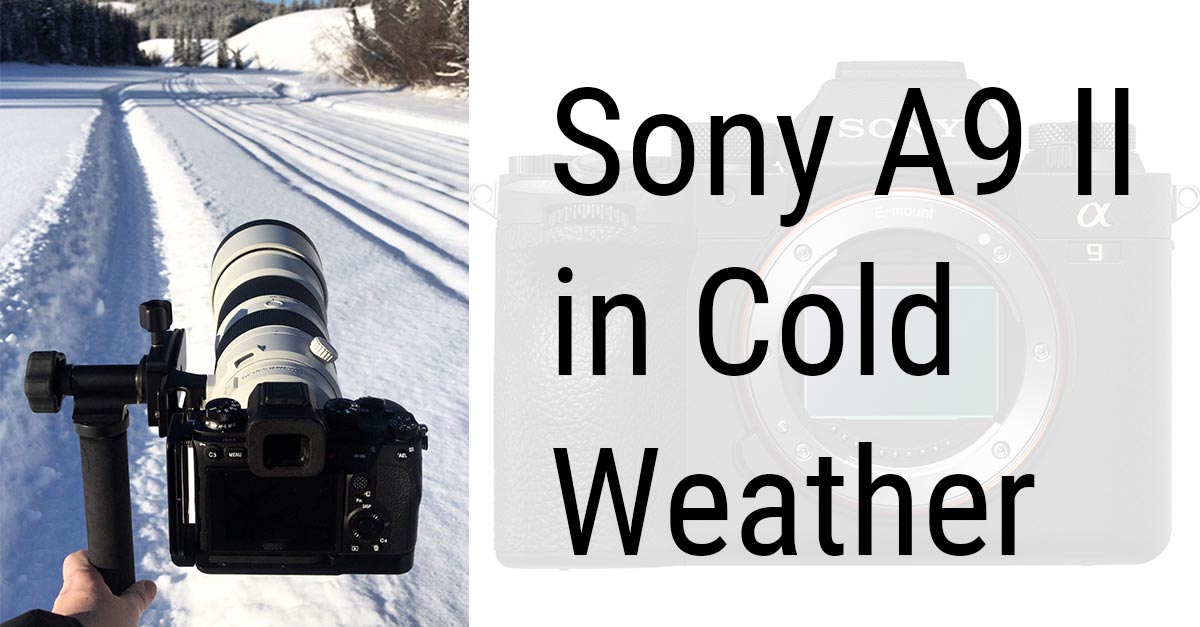 When I switched from shooting Canon DSLRs to a Sony mirrorless system with the A9 II, my biggest concern was how it would handle the cold. I don’t mean chilly temperatures that might cause you to reach for some thin gloves, I’m talking about the kind of temperatures that will give you frost bite in minutes if you aren’t properly dressed. Living in the Yukon as I do now, I need gear that will work well below -20 Celsius. In fact just this morning it was -38 Celsius!

Two main things were of concern to me, and there was very little reliable information out there before I purchased the camera. Firstly: battery life. Secondly: EVF performance.

As far as general performance in cold weather, I haven’t had any issues so far. In fact, during an overnight camp out in my photography blind with both my old Canon 5D Mark IV and my Sony A9 II where temps got down to -25 Celsius, it was the Sony that actually turned on faster in the morning, and whose screens and menus functioned more responsively. This is actually an important test because the overnight camp meant the actual camera temperatures had dropped down to that ambient temperature of -25C. You could venture out on a colder day for a few hours, but if the camera was in a big backpack it would never actually get down to those temperatures.

In terms of battery performance, it has been a pleasant surprise. Whilst I certainly don’t get as long from one of the Sony NP-FZ100 batteries as I did from a Canon LP-E6N, it’s not a drastic difference and if I have three batteries with me that seems to easily get me all day shooting (many thousands of photos at 20fps) in cold conditions. It’s really a non-issue, and in my estimation while the battery lasts a little less, it’s actually shooting more images due to the hugely increased frame rate. CIPA battery life rating is 500 shots with the EVF on a single battery but in practice, in the real world, I’m getting WAY more than that. If I’m shooting quickly, I’d estimate I can actually get over 2000 shots on a single battery. Just goes to show you that the CIPA battery rating system is pretty useless.

In fact the Sony cameras are much easier to charge because you can charge them with USB-C battery packs while you go, and unlike Canon’s EOS-R mirrorless cameras, you don’t even need to use special battery packs or chargers with the USB Power Delivery protocol. Literally any USB-C source will charge a Sony camera, even when it is turned off. I have taken to using this Anker PowerCore 10,000 PD pack in my camera bag.

The second issue of concern to me was the EVF refresh rate at cold temperatures. Anyone that has used electronic equipment in extreme cold will know that LCD screens can sometimes have trouble. They often slow down and display ghosted images and terrible refresh rates. I actually experienced this with the Nikon Z7 EVF when I tested it, and it made it a real pain in the ass to use for anything other than static landscape shots.

Thankfully I have had no such issue with the A9 II at this point. I haven’t even seen a hint of frame rate reduction at cold temperatures, even when I’m out on a cold morning that is cold enough to render the LCD dashboard on my car totally useless until it warms up. Great news!