Tweet
Share
Pin
Reddit
This post is part of my regular Gear Check series where we explore the items in my camera bag and gear closet.  Subscribe to my newsletter (weekly digest or monthly highlights) to make sure you don't miss any of them! You can also find a list of all my gear in my gear guide. 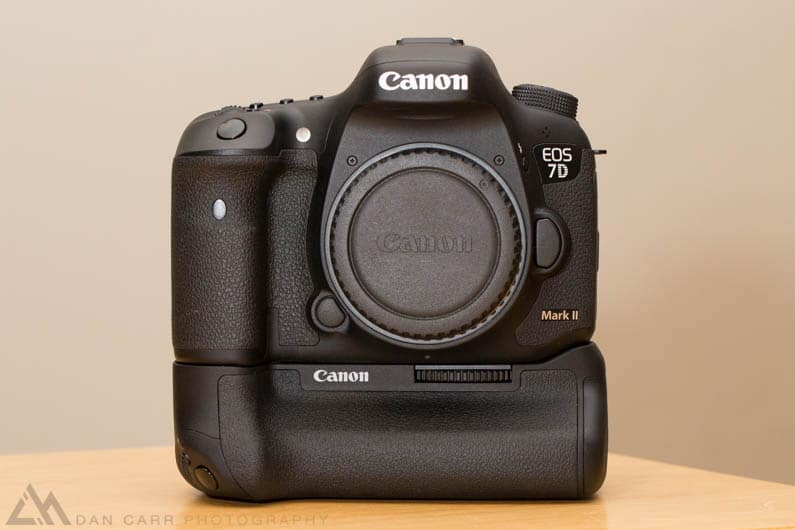 Regular readers of my blog will probably have gathered by now that I’m really enjoying the EOS 7D Mark 2.  I was a touch hesitant to begin with, since I’m so used to full frame cameras, but the full resolution sample on this page here simply speaks for itself.  This camera is the real deal, and it’s earned a long term place in my bag.  Since the majority of my time with this camera will be spent on a gimbal with my 200-400 f/4 attached to it, there’s some definite benefits to having a grip attached to it.  When peering through a long lens searching for wildlife, there might be a considerable amount of time with the camera in portrait orientation.  Having the 7D Mark 2 battery grip would allow me a much more more comfortable hand position and potentially simpler access to the various user assignable buttons that this camera offers.

The 7D Mark 2 has an incredibly complex autofocus system and the menu system offers more control over re-assigning button functions than I’ve ever seen on another camera.  These user assignable buttons help you to tame the AF system quite nicely, but I believe it’s a benefit to have easy and comfortable access to the buttons. 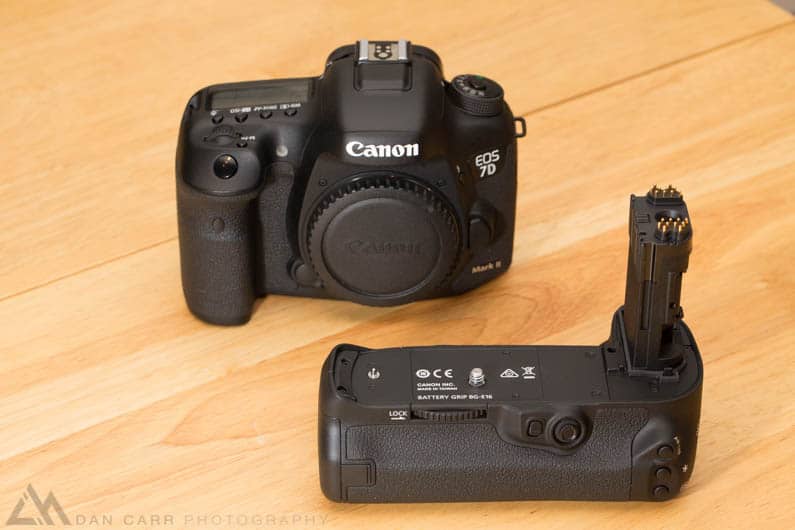 The BG-E16 offers two ways to power your camera; you can either use LP-E6N batteries (one or two), or you can use the included AA battery tray to power the camera from readily available AA batteries.  In itself, that could potentially be handy if you find yourself traveling in remote areas where power isn’t always a guarantee.  A big stack of AA batteries could get you through an emergency!  When powered by two LP-E6N batteries, the camera simply lasts twice as long before needing a battery change.  There’s no real advantage to this unless you are truly worried about missing some action while you’re changing batteries.  Seems unlikely, but I guess there’s a small convenience factor there that you don’t have to have a second battery floating around in your camera bag.  I think it’s a minor consideration though, this grip is all about comfort and convenience when shooting in portrait orientation. 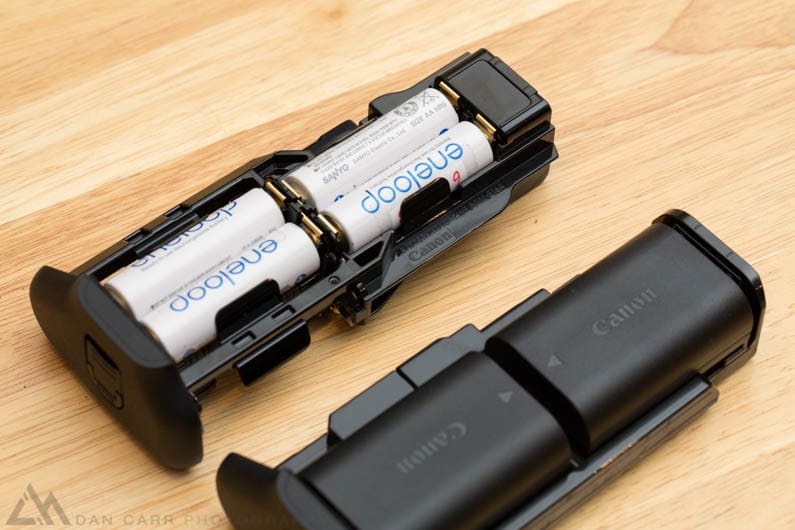 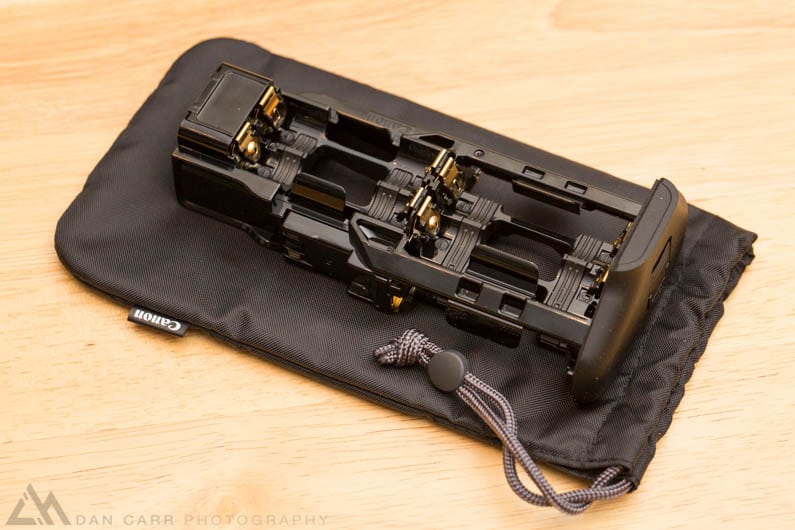 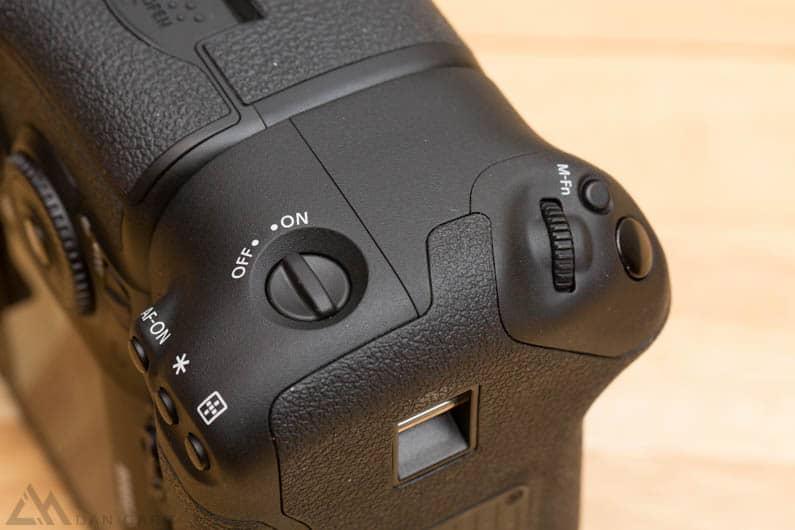 The On/Off switch disables the buttons on the grip

Despite owning all versions of the EOS 5D, I’ve never owned a battery grip before.  I really enjoy the small size of the 5D cameras over their bigger 1-series brothers, since I’m often getting out into the wilderness with my gear.  One thing that did surprise me about the BG-E16 is that whilst the buttons from the camera are mimicked on the grip, there are some considerable differences in their placement.  Examining the photo below, you’ll see that the joystick on the grip is in a vastly different place on the grip, relative to the AF-On button.  There’s a very nice thumb groove on the grip that makes the hand position feel great, but the result it that the joystick has been moved way further down.  I think it will take some getting used to, it’s nowhere near as easy to reach as it is on the camera and I think it’s an odd design choice.  The other difference is in the additional button that the 7D Mark 2 has that on the body of the camera, surrounds the joystick.  This button is user-assignable, and it’s quite handy, but on the grip you can see that it takes on a totally different form factor and position below the joystick for no apparent reason.  These seem like small things, but it threw off my muscle memory which had gotten used to the buttons on the camera body. 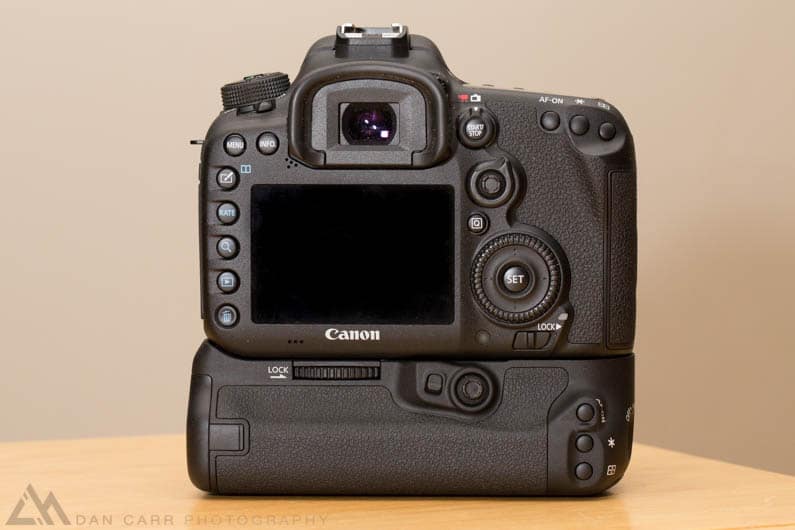 On the plus side, I’m very impressed with build of the grip.  It compliments the sturdy 7D Mark 2 build very nicely.  I’ve not doubt that cheaper third-party battery grip knockoffs will become available at some point, but I’d bet that they don’t match up in terms of build and finish.  If I’m going to get a rugged camera like the 7D Mark 2, I want to be certain that the battery grip can withstand an identical amount of cold/rain/heat etc.  I’m not going to risk my chances on a third-party version when the potential saving is, at most, $100 on the price of a setup that totals many thousands of dollars. 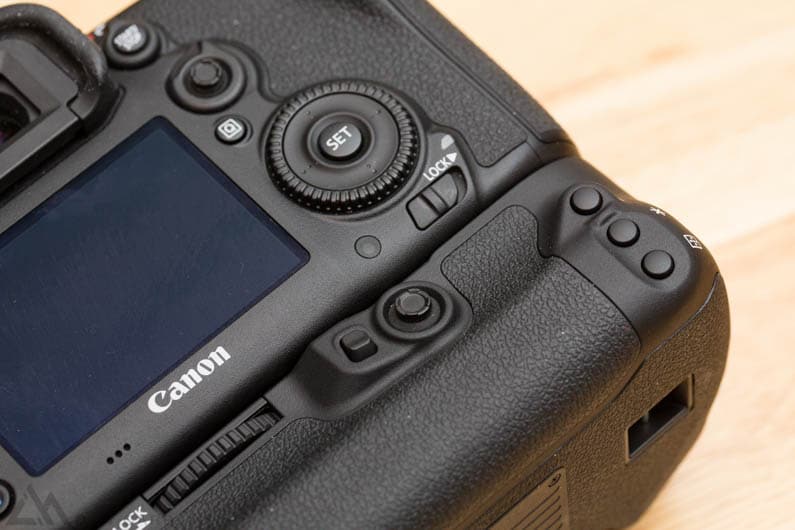 Overall, I’m happy with the purchase because I think it makes the camera much easier to handle in certain situations.  I know they’ll never make a second version of this specific grip, but if they did, there is room for improvement and I hope they consider it for future cameras.  In my opinion, the buttons should be mimicked in an identical way, just as on a 1-series camera.  The grip’s joystick is awkward to use, in a way that I don’t feel would ever have made it onto an actual camera, so why is it on the grip?  Shutter button and AF buttons are all nicely placed though and feel natural to operate.  If you shoot a lot of sports and wildlife with this camera then I’d still recommend you check it out. 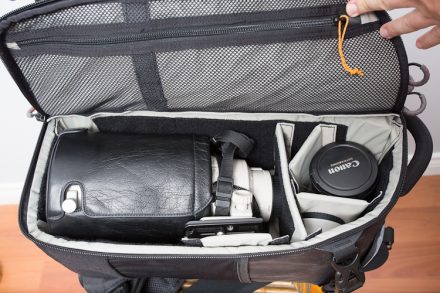 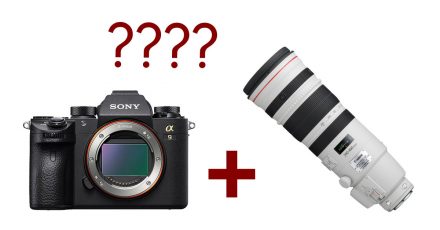 Can You Use Canon Lenses With the Sony A9? Kind of… 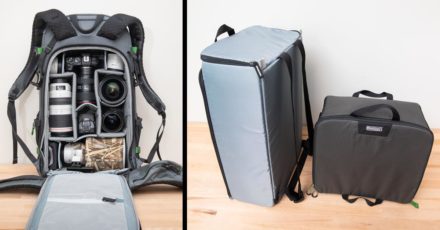 Yes, the BackLight Elite Has Different Sizes of Camera Insert!