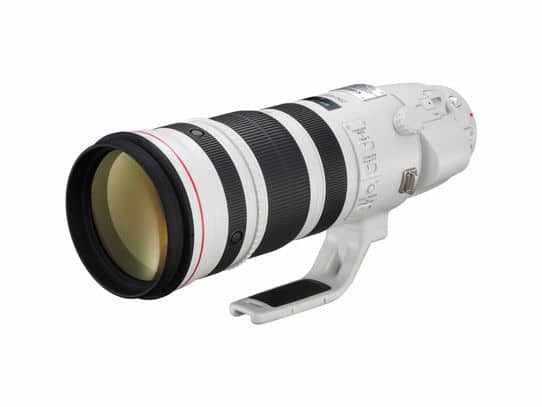 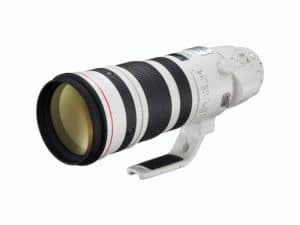 The full press release for the Canon 200-400 first announcement can be found here.  I wanted to touch on a few further thoughts about what is an incredible lens.  For years Canon shooters complained about the old school style of the Canon 100-400 f4.5-5.6 L IS.  With it’s push pull design many people found that it sucked in dust and there were also large variations in the quality of them.  Sometimes you could get a great copy, and if you didn’t mind dealing with the odd zoom design you could make some great images with it.  Many wildlife photographers used this lens for it’s compact size compared  with the large primes like the 400mm DO and the 500mm F4.  The flexibility of the zoom range meant you could get a detail shot and a scenic wider shot of the animal to show the full location a bit more.  On the other side of the fence Nikon shooters had the beautiful 200-400 F4 VR (and now a VRII version).  When the Nikon D3 came out, many wildlife shooters like Andy Biggs switched to using the D3 and 200-400 f4 combination.  The constant aperture and incredible sharpness were not without a price though (approx $7000).  Many Canon shooters longed for a similar lens, myself included.  Such a lens would be great for wildlife and also for sports.  With today’s high ISO capabilities I find less and less need for f2.8 anyway so a 400mm f4 lens would be just fine with me.

UPDATE: May 13th 2013 , Canon finally announces pricing and shipping date for this exciting lens!  You can place an order at B&H HERE or Amazon HERE.

Well Canon has finally delivered the lens that so many people have been waiting for, and not only that but they have a HUGE ace up their sleeves.  A built in 1.4x Extender /Teleconverter.  Yes you read that right !   This lens has a large switch on the side that moves an extra optical element into the lens , multiplying the focal length by 1.4x.  A 1.4x TC is a standard accessory for all long lens shooters so it makes perfect sense to build this into the lens.  If you are shooting in inclement or dusty environments like a snow storm or a desert on safari there is now one less way to get dust into your camera and lens as you don’t have to repeatedly remove the extender and lens from you camera.  Pure genius.  With the optical element designed specifically for this lens, you can also expect the perfect combination and very good contrast and sharpness with it’s inclusion.  Of course you will still loose a stop of light down to f5.6 but this is still a good place to be when you are at 560mm !!  In effect this means the focal length of this lens is either a 200-400 f4 or a 280mm-560mm f5.6.  Or another way to look at it is that it is like a 200-560 f4-5.6 L IS.  A while back when I was reviewing the new 70-300 f4-5.6 L IS I speculated that Canon would make a 300-500 f4-5.6 L IS to match this lens.  Turns out in many ways I wasn’t far wrong!  With a click of a switch the 1.4x extender drops into place and a large locking switch will keep it solidly in place. 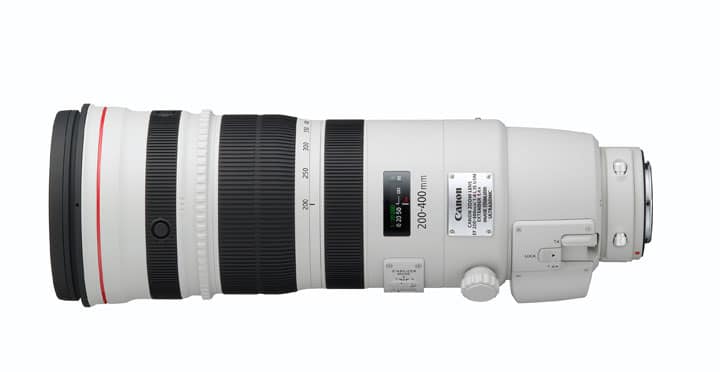 Apart from the extender, the 200-400 f4 also includes all the upgrades that we have seen in the other new super tele lenses like built in rotation collar and the new third IS mode.  The IS will be a 4-stop system and the third IS mode is only activated at the time of exposure.  This is great for people who are seeking their “prey” with the lens as it will not be activated whilst the lens is panning meaning you wont get the weird wobble vision going on.  Again, perfect for sports and wildlife while you are tracking a subject.  The updated 300,400,500 and 600 also featured considerable weight savings over the older lenses.  Whilst we don’t have an old version to compare to, this is a perfect time for Canon to make such an optically complex lens which will benefit greatly from the new weight saving techniques used in the super tele primes. 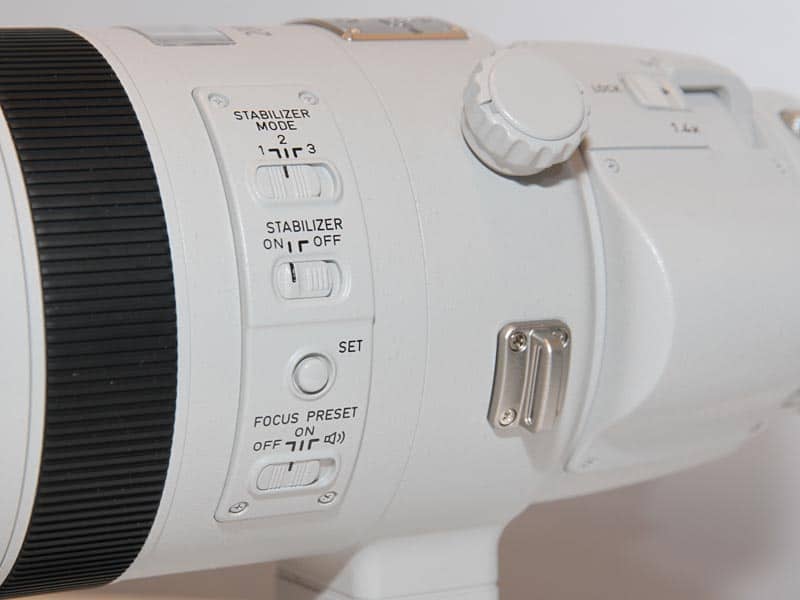 The elephant in the room is going to be the price…… The Nikon version currently sells for just shy of $7000 US and realistically , with all the new technology I can easily see Canon asking for $7500 or even $8000 for this monster.  But what you will get is a lens that when combined with a 70-200 or 70-300 will be the ultimate combo for many many years to come.  Canon say the lens is scheduled for release before the end of 2011.  I expect to see working prototypes at PMA in September and probably a December release.

It really has been a great 12 months for Canon’s lens designers.  This is a revolutionary lens and only a few months ago I was saying the exact same thing about the Canon 8-15 f4 Fisheye Zoom lens.  Very happy to be a Canon shooter in these exciting times!  The compact 70-300 L IS has also found a permanent place in my bag with stunning quality across it’s range.  It looks like my whole lens kit is getting an overhaul! 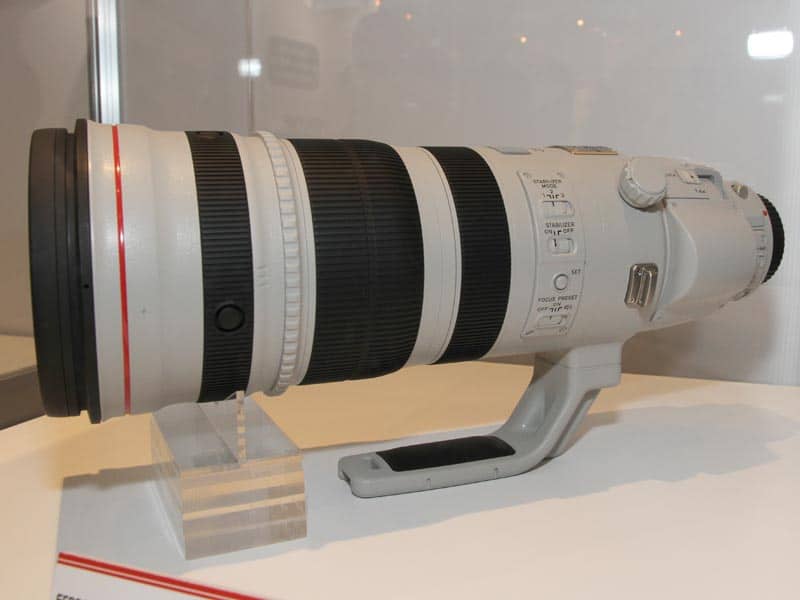